RoKA’s First Induction of a UGV

The move, which marks the RoKA’s first introduction of a UGV, comes after the company won a contract in November 2020 to supply two examples to the army of the two-ton, 6×6 platform – based on the HR-Sherpa prototype – for trials under an accelerated acquisition scheme aimed at introducing new capabilities to the military.

The vehicles, trialled from July 2021 on missions along border areas, including the Korean Demilitarised Zone, can be used in a variety of roles such as surveillance and reconnaissance operations, close combat, and for ammunition and expendables resupply and casualty evacuation.

Equipped with day-and-night cameras that provide real-time images to the operator, the MPUGVs come with various modes for unmanned driving, including leader-follower, remote driving, and autonomous driving along a pre-designated route, noted the company.

No details were provided about the MPUGV’s dimensions, but these are believed to be similar to those of the HR-Sherpa, which is 2.7m long, 1.7m wide, and 0.9m high, weighing 1.6t in its baseline configuration, and up to 2t fully loaded, according to the manufacturer.

The battery-powered vehicles have also been equipped with an RWS and feature a loading box in the back, capable of carrying more than 200kg of cargo, or of transporting patients in case of an emergency. Each of the wheels, which feature airless tyres, is equipped with an in-wheel electric motor that powers each of them independently. 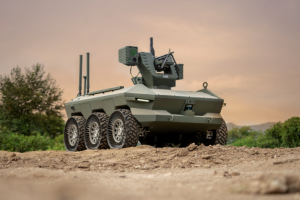 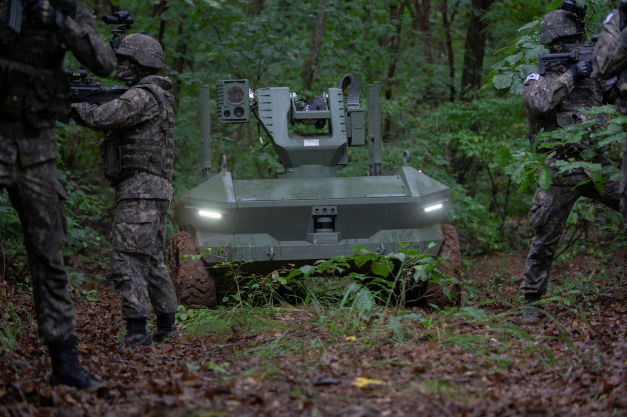