South Korea’s modernisation efforts continued at a rapid pace in late December, as the government approved several new acquisition contracts and development projects designed to advance the capabilities of the country’s armed forces amid heightened tensions with Pyongyang.

One of the key developments involved a KRW800 billion ($674 million) contract award to Korea Aerospace Industries (KAI) for four ISR-capable aircraft for the Republic of Korea Air Force (RoKAF). KAI stated that this second phase of the Baekdu project, for which it will conduct systems integration, is to be completed before the end of 2026, replacing the RoKAF’s four Hawker 800SIG aircraft, the first of which entered service in 2001.

In early November, the firm revealed it had been selected by the Defense Acquisition Program Administration (DAPA) as the preferred bidder for the Baekdu-II project, adding that the new aircraft be based on Dassault’s Falcon 2000LXS, with local company LIG Nex1 set to co-operate on mission equipment development.

Meanwhile, on 27 December, DAPA announced that it awarded a KRW888.5 billion contract to LIG Nex1 and Hanwha Systems for the mass production of ground communication terminals for use with ANASIS-II, the country’s first dedicated military communications satellite.

DAPA noted that the aim is to create a military communications network to provide improved performance in security and transmission capacity, and that can maintain continuous communications despite jamming attacks. Built by Airbus Defence and Space and fitted with an upgraded version of the Army/Navy/Air Force Satellite Information System (ANASIS) developed by the Agency for Defense Development (ADD), ANASIS-II was launched in July 2020.

Also on 27 December, the country’s Defense Project Promotion Committee approved several projects, including a plan to locally develop ship-borne UAS for use by the Republic of Korea Navy (RoKN) and Marine Corps during surveillance reconnaissance missions near the country’s maritime border with North Korea. About KRW570 billion has been earmarked for this project between 2023-2031. However, the agency noted that total project costs will be either reviewed or confirmed in a feasibility study. If developed, these UAS will be deployed on Chungmugong Yi Sun-Sin (KDX-II) class destroyers, to help patrol maritime areas around the north-western islands near the inter-Korean border.

Approval was also granted for a KRW1.4 trillion project aimed at acquiring foreign-made, medium- and heavy-lift helicopters between 2022-2028, to gradually replace the Army’s ageing fleet of CH-47D helicopters.

Moreover, the committee gave the green light to begin mass production of a newly-developed command post variant of Hyundai Rotem’s K808 for the Army. A total of KRW1.5 trillion has been earmarked for this project, slated to begin next year and be completed by 2029. The new vehicle, development of which began in 2017, is meant to replace tent-type field command posts that take too long to install and dismantle and do not provide adequate protection.

Moreover, the new K808 variant, which is operated by a two-person crew with accommodation for up to eight additional personnel, is equipped with a positive pressure system to protect against NBC agents, and fitted with a protected weapon station.

As part of the upgrade programme, these destroyers –commissioned in 1998-2000 – had their combat management systems overhauled. In addition, the 135.4m vessels were fitted with a much more advanced towed array sonar system, the Link 16 tactical datalink system, and more modern external and internal communication and IFF systems. 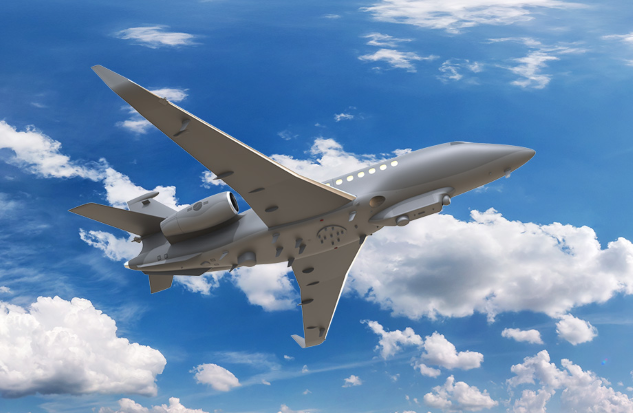 Korea’s four-aircraft Baekdu-II fleet of ISR platforms will be based on Dassault’s Falcon 2000LXS. (Image via KAI)