This abridged article (for full article, please see MT #10-2018, available for order here) looks at how the international special operations community continues to work up plans to enhance interoperability levels at national and multi-national levels and to update doctrine in order to counter an expanding series of emerging threats.

Particularly associated with reacting to the proliferation of cyber and electronic warfare capabilities (as demonstrated by Russia’s ongoing execution of New Generation Warfare), Special Operations Forces (SOF) around the world continue to encourage a greater understanding of the joint operating environment, which demands increasing cooperation between partner forces and agencies, both at home and abroad.
Such thought processes were clearly outlined in a report published on 27 March 2018 by the US Army War College Strategic Studies Institute (SSI), entitled Land, Space and Cyberspace Nexus: Evolution of the Oldest Military Operations in the Newest Military Domains.

As multiple SOF commands around the globe consider this integration of space, cyber and electronic warfare into existing doctrine, many state actors are enhancing more short-term SOF capabilities to encourage enhanced understanding of the joint operational environment across not only army, navy, marine and air force components but also other government agencies and international partner nations’ forces.

Speaking to MT, defence sources associated with the NATO Special Operations Headquarters (NSHQ) in Mons, Belgium, explained how such moves had arisen from current operational requirements calling for increased interoperability with partner forces and intelligence agencies to support not only domestic counter-terrorism operations but also expeditionary military assistance campaigns.

Some of the most recent moves have seen the likes of the Netherlands, Romania, Latvia, Spain and Venezuela establishing dedicated Special Operations Commands (SOCOM), aimed at providing a centralised C2 and doctrinal structure to their various force components which had previously reported only to their own respective chains of command.

Certain state actors, particularly around Europe, continue to develop doctrine and CONOPS to support the wider establishment of multi-national SOCOM formations. Defence sources associated with the Netherlands SOCOM explained how a MoU (due to have been certified at the end of March 2018) was still being developed by Belgian, Danish and Dutch SOF as they bid to establish a Composite Special Operations Component Command (C-SOCC).

Danish and Netherlands SOCOMs also continue to explore doctrinal and interoperability issues associated with cyber warfare – lessons from which will be fed back into the C-SOCC concept, service officials confirmed to MT.

Describing how the Danish SOCOM is seeking to focus on the, “diversification of capabilities,” currently relied upon by Jaegercorps and Naval Special Warfare components, sources highlighted that specific consideration by multiple stakeholders was being given to further encourage and extend interoperability with other government agencies. 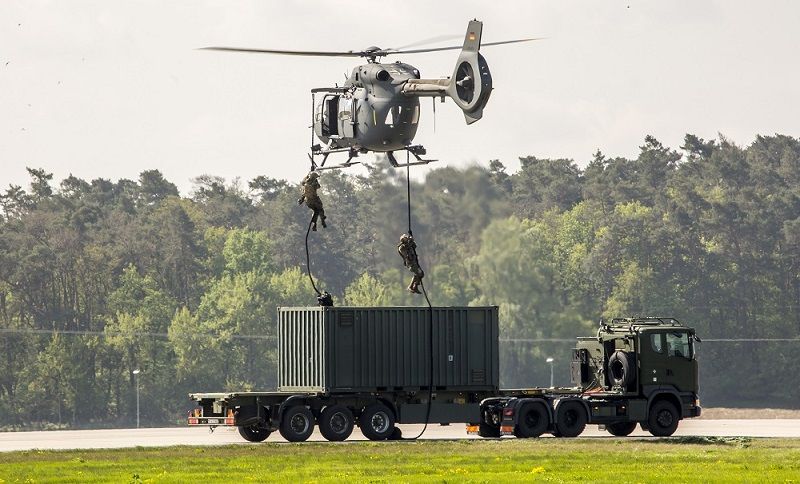