Launch from RHIBs to Frigate-Sized Vessels

MBDA demonstrated a simulation of a maritime capability for its MMP missile at the Special Operations Forces Innovation Network Seminar (SOFINS) at Camp Souge, near Bordeaux, last week.

The simulation highlighted how MMP could be fired from a variety of surface vessels, ranging from rigid-hull inflatable boats (RHIB), to frigate-sized craft. Frédéric Michaud at MBDA told MON the company is “in discussions” with the DGA (France’s defence procurement agency) regarding a contract “improve the naval capability” of the MMP system from surface vessels.

MMP’s maritime capability retains the same launcher and missile design as used in legacy MMP designs operated on the ground. However,  special algorithms has been developed to account for sea states and movements which can effect targeting procedure. “This is a new mode for the maritime application of special operation forces,” Michaud explained.  “It means MMP can now be fired from any naval platform, with the sight compensating for the angular movement of the platform in [different] sea states.”

Specifically, Michaud described how MMP maintains the same maximum range as on the ground, confirming the capability has already been demonstrated to multiple SOF units in Europe and the Middle East.

The maritime MMP variant can support land-to-sea, sea-to-land and sea-to-sea engagements, Michaud added, building on legacy test firings in Djibouti during 2018. Michaud conceded that some of these test firings had proven to be reasonably accessible only for expert gunners.  “We had to make it easier to use for SOF and quicker to use. Our new mode does this,” he stated, before suggesting the firing sequence is slightly longer with the new mode, compared to the legacy system, but allows firing from a moving and unstabilised platform.  At SOFINS, the MBDA demonstration showed the system working in Sea State 2, although alternative sea states can be injected into the simulation.

Finally, Michaud explained that MBDA had an agreement in place with weapons manufacture FN Herstal regarding the integration of MMP on machinegun weapon mounts on board RHIBs and larger surface vessels . This, he explained, enables rapid and easy integration of MMP launchers on board a wide range of platforms: he also confirmed interoperability with NATO standard weapon mounts.

MBDA is also working in cooperation with boat manufacturer Sillinger, regarding integration of MMP on board high speed craft. 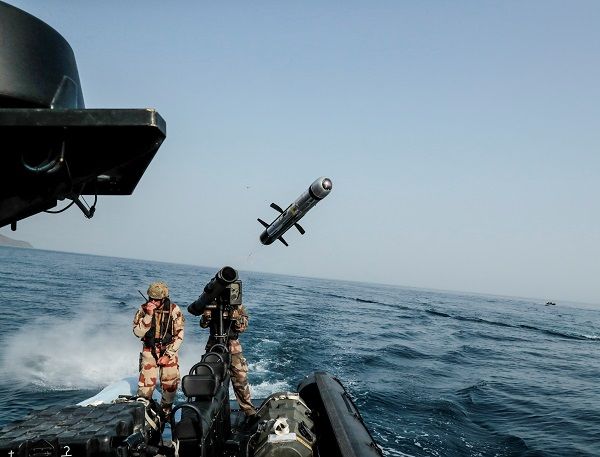 The ability to launch the MMP from small craft – down to an RHIB in size – adds sufficient flexibility to the system’s employment to make it a viable option for special operations. (Photo via MBDA)