Airbus Defence and Space has taken the opportunity of SOFINS 2021 this week to highlight an updated variant of its armed C295 platform, the company announced on 29 June.

With the quality and safety of the modification assured by Airbus as original equipment manufacturer, the C295 Armed ISR provides persistent surveillance with a diverse set of weapons for defensive and offensive capabilities. It is able to conduct special operations missions, support ground troops, or neutralise targets detected during surveillance and patrol missions, and has the longest endurance in it class.

As announced at the Dubai Airshow 2017, Airbus has signed a series of agreements with air-to-surface weapon suppliers, paving the way for flight trials to qualify their products to equip the C295. Suppliers with whom such agreements have been concluded include Roketsan of Turkey, Expal, Escribano and Equipaer of Spain, Germany’s Rheinmetall and US suppliers Nobles Worldwide and US Ordnance. 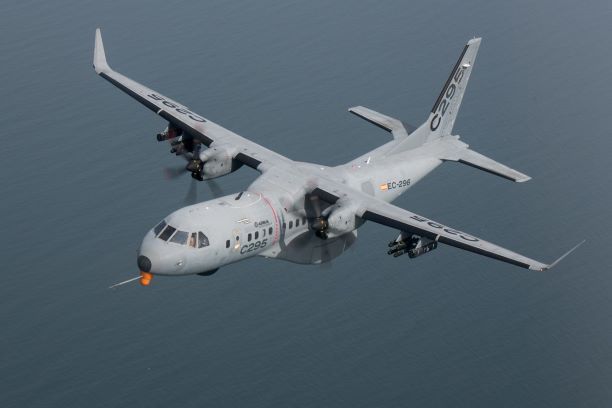 Airbus has focused its recent development efforts on making the C295 as responsive and flexible as possible to the wide range of potential ISR and combat missions future operators may envision. (Photo: Airbus Defence and Space)