The Lockheed Martin AC-130J GHOSTRIDER continues to enter the US Air Force Special Operations Command’s (AFSOC) air order of battle. The J variant’s primary missions are close air support, air interdiction and armed reconnaissance. Capt. Keavy Rake, Chief of Operations for Public Affairs at Headquarters AFSOC, said: “The air force will be receiving five AC-130J aircraft a year until Fiscal Year 2024 when the order will be fulfilled. The Air Force is going to receive 37 GHOST RIDERS in total over the next four years.”

The number 37 is significant, as it permits the command to fill the gap left by the retirement of AC-130H SPECTERs and completely replace the remaining AC-130U SPOOKYs. The AC-130J achieved initial operational capability in 2017, with initial Block 30 “Js” now entering the force for an approximate one-year testing period as this article was published. The GHOSTRIDER is offering significant returns on investment and mission enhancements according to Capt. Rake.

In one instance, “the AC-130J is superior to the legacy U model by not only being more cost effective to fly with a significantly less expensive cost per hour to fly, but it also is 20 percent more fuel efficient.”

More significant, the AC-130J’s maximum range is 3,000mi [4,828km] and up to 28,000ft [8.5km]– about twice as far, and roughly 3,000ft higher than the legacy-era “U”. Further, the AC-130J is going to see other significant improvement in its capabilities. The AFSOC spokesperson added: “The ‘U’ model originally had 25, 40 and 105mm cannons which will be changed out for a 30 and 105mm cannon as well as the ability to use both missiles and small diameter bombs. In addition to the new arsenal on board, the Ghost Rider will have an updated computer system that will improve capabilities and lethality of the platform from the previous 80s-era system.”

The increased lethality the AC-130J will bring to the supported commander can be gleaned in part from the new 30mm cannon, which will have a design fire rate up to 200 rounds per minute, and from the 105mm cannon which has 80 rounds onboard, and can fire more than 10 rounds a minute. Precision guided munitions capable of being delivered from AC-130J include Boeing GBU-39 Small Diameter Bombs and Raytheon AGM-176 Griffin missiles.

In addition to Lockheed Martin, AFSOC also, “relies heavily on Sierra Nevada Corporation, L3 ForceX, and Naval Surface Warfare Center Dahlgren, Virginia,” for the AC-130J programme, Capt. Rake concluded. “In the future we hope to see the platform continue to shape the battlefield in all environments and weather conditions. The advent of new technology that will shape the battlefield is ever changing and we look forward to seeing what technology can be implemented on the GHOST RIDER.” 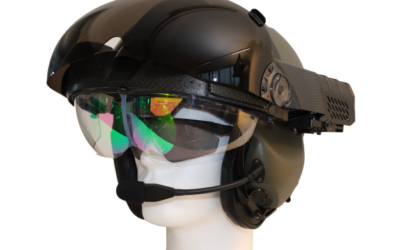