The proliferation of technology, particularly in the air domain, is that SOF commanders globally are now having to consider not only the best concepts of operation (CONOPS) for intelligence gathering missions, but also, perhaps more significantly, concepts available to protect force elements from hostile swarms of UAVs.

The operating environment continues to witness insurgent combatants, such as those associated with the self-proclaimed Islamic State (IS) in northern Iraq and Syria, relying upon COTS technology to carry explosive payloads as Airborne IEDs (ABIEDs).

However, in the ISTAR arena, the SOF community remains heavily reliant on UAVs, as the proliferation of ground systems continues at a relatively slower pace. Meanwhile, the maritime environment is witnessing emerging trends in the utility of AUVs for ISR missions.

On 15 February, Slovakia’s 5th Special Forces Regiment (5 PSU) announced plans to procure Elbit Systems’ SKYLARK I-LEX for a variety of mission sets, including ISTAR and communications relay. The regiment is tasked with conducing irregular and counter-terrorism operations at home and abroad, reporting at a strategic level directly to the Slovakian Armed Forces General Staff and Operational Reconnaissance Bureau. Defence sources informed MT how the undisclosed number of SKYLARK I-LEX airframes would support 5 PSU’s four Special Reconnaissance units, although no further details have yet been revealed by the unit.

Incorporating an autonomous launch and recovery system, the electrically-powered I-LEX will provide operators with a discreet ISR capability which Elbit Systems claims to be inaudible at altitudes of 100m or more. With a mission endurance of three hours, the I-LEX is capable of autonomously landing using an airbag solution and can also operate efficiently at an altitude of 15,000 feet.

The I-LEX features a gimbaled payload, providing day and low light full motion video at a maximum range of 40km using its integrated line of sight communications suite. Additionally, the payload includes ground moving target indication (GMTI); geo-tagging; and intelligence mosaic technologies, the company added. “The mini UAS is specifically designed for rapid deployment and is exceedingly simple to operate. The entire UAS system can be carried and activated by just two operators.”

Elsewhere, Danish Special Forces are considering an ‘over the hill’ unmanned airborne ISR capability with the procurement of a nano-UAS, according to the Defence Acquisition and Logistics Operation (DALO). Once selected, the nano-UAS will support the Danish Special Operations Command, which comprises the army’s Jaegercorps and the navy’s Fromandskorpset (Combat Divers), elements of which remain active across the international operating environment including Mali, Afghanistan and Somalia.

The DALO tender outlined plans for a U$1.2 million programme, capable of supporting Danish SOF for a total of seven years both at home and abroad. The contract is likely to include multiple airframes, deployed at the lowest tactical level, as well as supporting ground control stations, maintenance, training and mission support.

Industry sources explained to Mönch how options could include FLIR Systems’ Prox Dynamics PD-100 BLACK HORNET, which is already operational with multiple SOF units across NATO and non-NATO countries.

With a 1.6km communications range, the handheld UAS is capable of operating for up to 25mins, reliant on a GPS-guided autopiloted system. The air vehicle is fitted with an option of two nano-sensors, allowing for steerable EO pan, yaw and tilt operation as well as live video feeds. Operating at 5mps, the 120mm wide UAS has a gross weight of just 18 grams.

According to FLIR Unmanned Systems, the VTOL PD-100 is perfectly suited to the full spectrum of special operations, ranging from hostage rescue operations and reconnaissance in confined spaces to overwatch for enhanced situational awareness; inspection of critical national infrastructure and bases; and chemical, biological, radiological and nuclear missions.

“The PD-100 provides end users with a highly mobile sensor system providing an immediate Intelligence, Surveillance and Reconnaissance capability. Nano-sensors are inherently safe and pose virtually no risk to other air vehicles or personnel, allowing the system to be operated almost anywhere at any time without prior airspace coordination. The BLACK HORNET’s small size and electric motors makes it virtually inaudible and invisible beyond short distances,” a company spokesperson explained to Mönch.

Alternatively, industry sources suggested that the DALO could also be considering BCB International’s SQ-4 RECON nano-UAS for the procurement. Sharing similar characteristics to the PD-100, the VTOL SQ-4 features an all up weight of 198g, a top speed of 23km/h and a 2.5km maximum range. With a maximum flight duration of 25 minutes, the UAS relies upon GPS navigation systems for autonomous or remote-controlled operation. The SQ-4 incorporates a day/low-light digital camera and can operate at a maximum altitude of 400m, although defence sources warned how such nano-UAS remained highly vulnerable to windy conditions.

At larger sizes, the international SOF community continues to heavily rely on the deployment of tactical UAVs for the generation of intelligence ahead of operations and overwatch during and after specific missions. Describing such CONOPS to Mönch, NATO SOF sources explained how tactical UAVs such as General Atomics Aeronautical Systems’ (GA-ASI) MQ-9 REAPER aircraft could be tasked in tandem with manned surveillance aircraft to establish Patterns of Life (PoLs) across a target area. “Furthermore, these same payloads or other stacked ISTAR assets are then capable of triggering assault operations on the ground once a high value target is on scene,” it was explained.

Elsewhere, SOF continue to consider the integration of HALE UAS technology into the battlespace, with the British MoD in particular leading the consideration of such systems for communications rebroadcasting operations. Industry sources explained to Mönch how the MoD is seeking to undertake a trials and evaluation programme during 2017 of Airbus Defence & Space’s (DS) ZEPHYR-S HALE UAS, following the procurement of a third airframe in August 2016. This Operational Concept Demonstrator (OCD) effort will not only consider communications relay objectives, designed to extend the networking capabilities of ground teams to beyond 400km line of sight, but also ISTAR missions with the development of miniaturised payloads.

“Take the vast expanses of space across Africa where communications infrastructure remains at a minimum. HALE UAS can be tasked for not only ISTAR missions but also communications relaying in order to reduce reliance upon satellite communications and extend the range of in-service MANET [mobile ad hoc network] systems,” a NATO SOF source explained.

The OCD is part of a renewed effort by the British government to invest further in its Special Forces, following publication of the Strategic Defence and Security Review in November 2015, which pledged to double investment over the next decade.

Describing how the single-tailed UAS would be capable of generating, “constant, reliable information over vast geographical areas at a much greater level of detail than ever before,” government officials described how the technology would assist SOF in executing, “the most dangerous and difficult missions to enhance their ability to operate and strike globally in the most hostile environments on their own or with our closest allies, and in particular to enhance their counter-terrorism capabilities.”

Operating at an altitude of 70,000ft, the ZEPHYR-S is capable of generating imagery at a 15cm resolution, although Airbus DS sources informed MT how a main effort of the OCD continued to focus on even smaller payloads to further extend the capabilities of the airframe. This, sources claimed, could extend current utility of EO and IR payloads to include Synthetic Aperture Radar and Ground Movement Target Indication payloads. Additionally, the international SOF community continues to closely monitor size, weight and power reductions in other specialist payloads such as foliage penetrating technology, particularly useful for tropical and jungle warfare.

Furthermore, Airbus DS is currently designing twin tail or ZEPHYR-T variants, with the capacity to carry up to 20kg payloads as opposed to current 5kg limits on ZEPHYR-S models. ZEPHYR-T will be ready for testing in 2018, with UK SOF already understood to be considering a variety of CONOPS and tactics, techniques and procedures for the technology before its entry into service.

Finally, SOF Commanders are being forced to consider force protection and counter-UAS technology solutions in order to better protect vulnerable units sometimes operating at reach and without support. Addressing delegates at the Global SOF Symposium in Florida on 20 February, the Deputy Director of Acquisition at USSOCOM explained how the contemporary operating environment continues to witness the proliferation of COTS UAS, with the most prevalent examples arising from ongoing operations against IS.

“We are working [counter-UAS technology] very rapidly<P>,” he stated, while describing operational requirements for more mobile systems capable of keeping up with mobile task forces. Such a solution is being considered by DoD’s Joint Improvised Threat Defeat Organisation which in March launched the Hard Kill programme on behalf of US Central Command, which retains operational jurisdiction over operations in the Middle East.

According to DoD officials, “continued and rapid improvements in technology not only are increasing the availability of these unmanned technologies, but also are allowing greater UAS payloads and easing the ability to operate, fly, navigate and transport unmanned systems…. Lowering the cost to manufacture and operate this equipment with these technological advances, however, also comes with an increased potential for hostile actors to deploy UAS in very nefarious ways.”

There remains no doubt that airborne UAS will continue to provide the most significant benefit to the international SOF community in the short to medium term, although developments in sub-surface and ground-based technologies continue, albeit at a much slower pace. 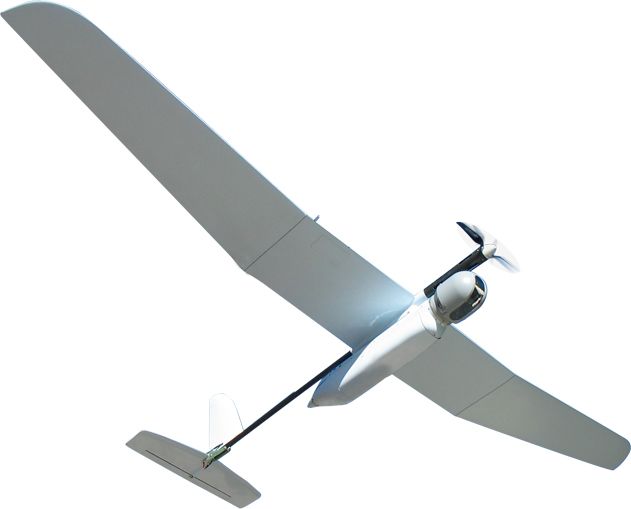