A confluence of requirements is strengthening GE Marine Solutions’ commitment to total lifecycle support – from design to sales to after-delivery service – and right on cue. George Awiszus, the company’s Director of Military Marine Marketing, observed: “We think the US Navy and our customers are starting to pay more attention to lifecycle costs and the maintenance philosophy of propulsion equipment.”

At the start of the company’s continuum for lifecycle support is its design-for-maintenance approach. In one instance, a GE gas turbine can easily be separated into two pieces inside the module itself, onboard the ship. The industry expert pointed out: “This allows additional maintenance work on gas turbine internals such as bearings, seals, high pressure turbine blades and nozzles as well as combustor liners. This significantly reduces spare inventory costs because the smaller components needed can be repaired much more easily than the requirement of full gas turbine spares and repairs.”

Of significance, gas turbines without split casings, typically require complete engine removal from a ship – costing U$1.5 to $3 million to repair per event. Beyond the design phase, GE is upgrading its gas turbine subsystems and other material. The company offers an electric starter enhancement for naval vessels. Originally developed for and first employed on GE’s industrial aeroderivative engines, electric starters are ideal when there are power-dense motors attached to the marine gas turbine gearbox controlled by a variable frequency drive.

Mr Awiszus said now ship owners have another alternative versus pneumatic or hydraulic systems. He continued: “Compared to hydraulic starters with its corresponding ‘skid’, which includes a storage tank and pumps, the electric starter system weighs 6,500lbs [2,948kg] less (86% savings), takes less space (74%) and costs less. The electric system has gotten a lot of attention especially from navies looking at all electric drive ships.”

The system has been delivered for the Italian Navy’s ‘PPA’-class light frigate (LM2500+G4) and the Indian Navy’s P-17-class frigates (LM2500), as well as the LM500 gas turbines onboard the Republic of Korea’s PKX-B-class patrol boats.

During 2018 Navy League, MONCh spoke with Mr Awiszus about GE’s lightweight composite enclosure, which is coming to fruition. “The US Navy and General Dynamics Bath Iron Works  (BIW) have been great to work with,” the GE executive reported. “The first application will be DDG 128 [USS TED STEVENS]. Both BIW and Huntington Ingalls will benefit on the DDG 51 programme.”

Austal is also reported to be very interested in the weight savings of 5,500lbs per module and will use a composite enclosure starting with USS SANTA BARBARA (LCS 32). And in another enhancement thrust, all three GE LM2500 modules have the same footprint. Mr Awiszus reasoned that shortening of the 26MW LM2500+ and 30.3MW LM2500+G4 (USN ratings) by 14in (0.4m) benefits the shipyards and the US Navy in a number of ways. “Frigates are space- and weight constrained vessels with the propulsion system often consuming about 20% of the ship volume which drives ship size and cost. Although we have the best-in-class power density, our customers want smaller – equipment is pushed up against bulkheads or crew walkways and maintenance areas are tight. The US Navy is looking at an all-electric drive ship and the need for a compact 25MW gas turbine generator set to fit in a 46-ft-long engine room. This helps us work toward that goal.”

On GE’s order books are the Austal contract to supply up to LCS 38 and the US Coast Guard (NATIONAL SECURITY CUTTER 11 and 12) ship award that use GE gas turbines and, “are a sign that shipyards and the US Navy value our engines which are backed by proven, reliable operation,” the company expert said.

GE’s 2019 business development horizon includes two new navy shipyard programmes as, “must wins,” for the company and US manufacturing: the future frigate FFG(X) and the conceptual Large Surface Combatant. Mr Awiszus further revealed that regarding FFG(X): “There are five worthy shipyards / designers executing concept design contracts with final proposals to be submitted later this year. Although, our engines are on four of the reference designs we are taking nothing for granted. We are working with all shipyard / designers to show we meet all specifications, showcasing our gas turbines (three LM2500 models that can be used in single or dual configurations) and the stated need of the programme (reliability, survivability, power density, etc.).”

Mr Awiszus noted GE, “is the world naval leader in power and propulsion.” He cited one example, pointing out GE is the market leader in all-electric drive ship propulsion, motors and drives – the same equipment that is being considered for the US Navy’s Large Surface Combatant – and concluded: “GE has demonstrated systems on the US DDG 1000-class destroyers and the Royal Navy’s QUEEN ELIZABETH aircraft carriers. These systems could be matched with high-performing GE LM2500 gas turbine generator sets.” 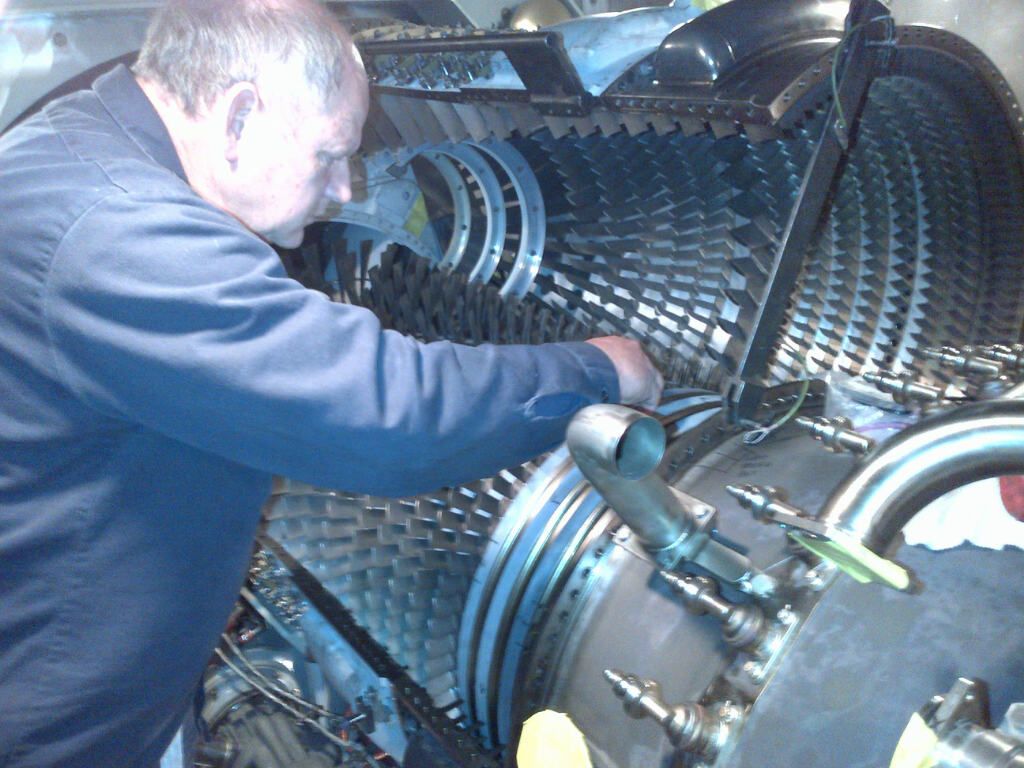