At the Surface Navy Association Symposium (SNA) this week, attachés from four nations showed how their services are grappling with the pressures to modernize to face rapidly-evolving threats and to remain operationally relevant, while simultaneously establishing the baseline for their future orders of battle. Some services are doing ‘more with less’ – others appear to be trying ‘to do it all.

It would be an understatement to say each of the nations’ services is coming off a full and operationally challenging 2021. While the British, Canadian, German and Dutch navies all completed missions in and around home waters, what remains striking is the pace of their forward presence deployments. Indeed, Cdre Phil Nash, Naval Attaché at the British Embassy, highlighted the recent Queen Elizabeth carrier strike group’s deployment, emphasising “forward presence is a key theme [that] we’ve seen amplified in the last 12-18 months”. Capt Ivo Schneider, Germany’s Naval Attaché, on the other hand, reflected that it is, perhaps, time to “refocus on the basics – multi-dimensional warfare – and move beyond anti-piracy and like missions in the Mediterranean and elsewhere”.

The attachés also revealed their national strategies to prevent strategic mismatch, by upgrading current vessels to keep them operationally and tactically relevant, and adding new ships to their orders of battle. Capt William Quinn, Canada’s Naval Attaché and Assistant Defense Attaché in Washington, summarised his navy’s voyage to meet this challenge. He noted the Royal Canadian Navy (RCN) is upgrading its 12 legacy Halifax class multi-role patrol frigates, including equipping them with Saab Sea Giraffe AMB radar antennas. He also confirmed part of RCN’s procurement plans sees all six Harry de Wolf class Arctic and Offshore Patrol Ships “entering service not later than 2024 [and that steel is] to be cut for the first of the 15 new Canadian Surface Combatants [replacing the Halifax class] in 2024.”

While navies are enhancing current vessels and investing in new ship classes,they are also keeping their eye on enabling technologies in cyber, AI and elsewhere – with good reasons. “Cyber kinetics is overtaking kinetics as the main threat” to fleets, Capt Schneider observed.. 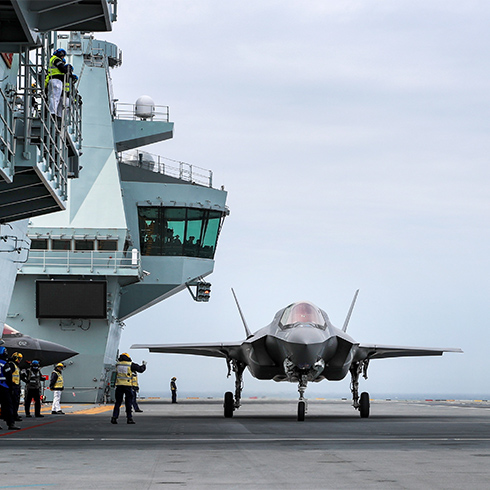