At the opening of the Surface Navy Association Symposium (SNA 2022) this week, Adm Mike Gilday, US Chief of Naval Operations, outlined his priorities for leadership and personal performance for delegates. Answers to a series of questions at the close of his keynote reveal a number of ‘hot topics’ for MON readers.

Gilday reaffirmed USN reliance on allies and friends for its expanding mission set, and stated his intentions to mature partner relations. He pointed out how the French Navy is seamlessly assuming command of allied task forces in various regions, then observed that “interoperability” needs to mature and migrate to “interchangeability,” whereby the French flagship Charles de Gaulle, and other allies’ major combatants can fill unplanned gaps for CVNs and other large vessels strike groups. And, having just returned from a five-day visit to Indian Navy headquarters, the CNO reflected, “they are very eager to work with us.”

The number of US ships in the future fleet will continue to be debated, and remain unresolved. Interests in the Pentagon, on Capitol Hill and at the White House mean that, although 355 appears to be a ‘consensus number’ right now, it will certainly change. “I think we need a bigger Navy,” the CNO declared, but other factors, including fielding next-generation weapons on future hulls, will certainly influence budget holders and other stakeholders.

Next-generation weapons were also on the CNO’s mind, as he noted the USN recently test-fired a laser weapon from the USS Portland in the Gulf of Aden. In the evolving cyber domain, the Navy has recently established an element at Naval Sea Systems Command to ensure fleet cyber resilience. Gilday also called attention to the Navy’s joint efforts with the Army to advance DoD’s hypersonic weapons programmes. Last October, Navy Strategic Systems Programs and the Army Hypersonic Program Office successfully conducted a High Operational Tempo for Hypersonics flight campaign. The test will be used to inform the development of the Navy’s Conventional Prompt Strike and the Army’s Long Range Hypersonic Weapon offensive hypersonic strike capability. 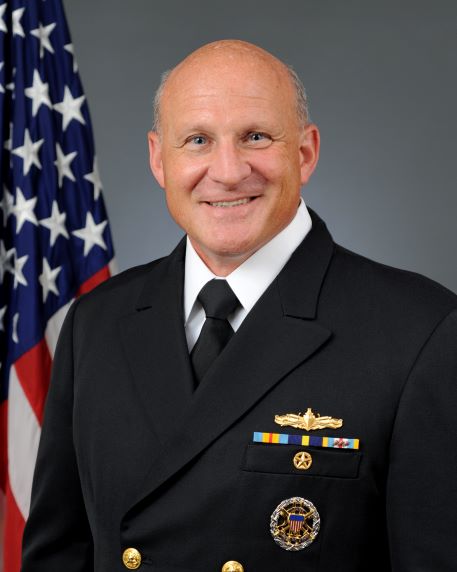