Rheinmetall has announced an 81mm version of its proven Maske family of obscurant grenades.

The fast-acting decoy generates intense blooming, the company says. The Maske family operates in two ways – with a rapid-reaction jammer “producing intense overradiation,” according to the company, and a long-duration concealment module producing smoke which will block both visual and infra-red light waves. This means a vehicle deploying the grenade would be given effective protection against both electro-optical and infra-red aiming devices, including target sensor heads, laser target illuminators, and laser range finders.

The grenade can be launched from any 81mm dispenser and can be used in legacy systems. The company notes that this news will be of particular interest to operators of “former Warsaw Pact” heavy fighting vehicles, as these would generally have been equipped with an 81mm calibre system. 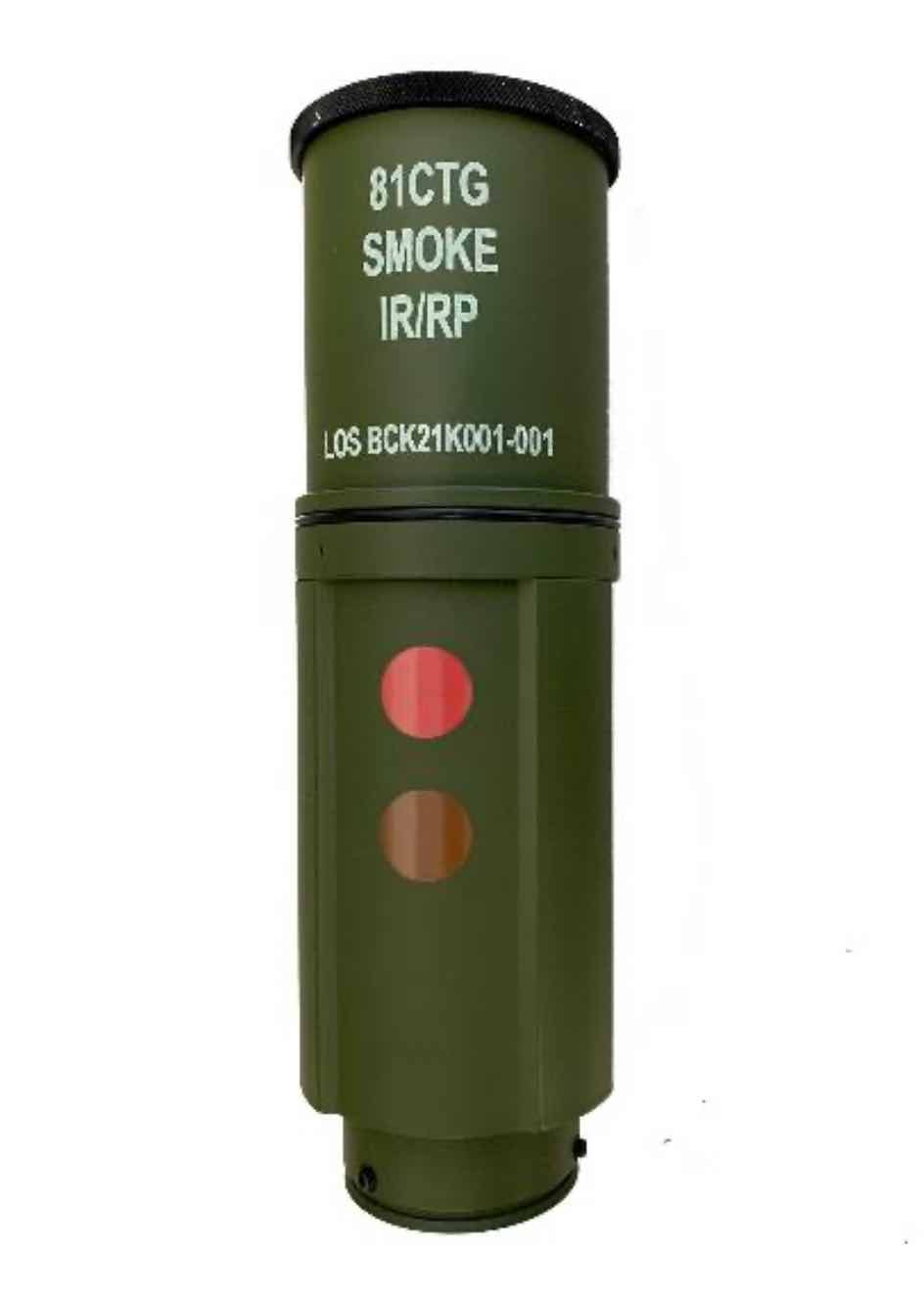 The new grenade as issued. (Rheinmetall)