An airborne system to detect, locate and track mobile phone signals has been demonstrated to attendees at the PavCon (Police Aviation Conference Europe) show in Austria.

The system, called Artemis, developed by the British company Smith Myers Communications, was integrated onto a Vulcanair P68 demonstrator aircraft by owned and operated by Austrian firm Airborne Technologies, which hosted PavCon in their hangar. The aircraft was also equipped with an L3Harris Wescam EO/IR sensor, and a video downlink.

Smith Myers say that Artemis can be used to effectively turn any cellular phone into a rescue beacon. The system requires only two small antennas on board the aircraft to be able to generate a latitude and longitude fix within a range of up to 19 nautical miles. The system is in use with customers including the Royal Norwegian Air Force, who use it on their Leonardo AW101 SAR Queen aircraft.

In the demonstration scenario, two people were sent to hilly ground with phones. The aircraft flew a search pattern and located the two hikers. The Artemis system calculated the co-ordinates of each device and the data were used to slew the camera onto each individual during their separate engagements. Each was asked to wave to the camera, with footage relayed to an audience in the Airborne Technologies hangar. The video link also allowed attendees to see a relay of the airborne sensor operator’s screen on board the aircraft during the demonstration.

“Time after time our Artemis system delivers results that can be an all-important lifesaver,” said Peter Myers, Director at Smith Myers. “Teaming up with Airborne Technologies and the world-class line up of integration partners absolutely places ARTEMIS as an essential part of a SAR mission.” 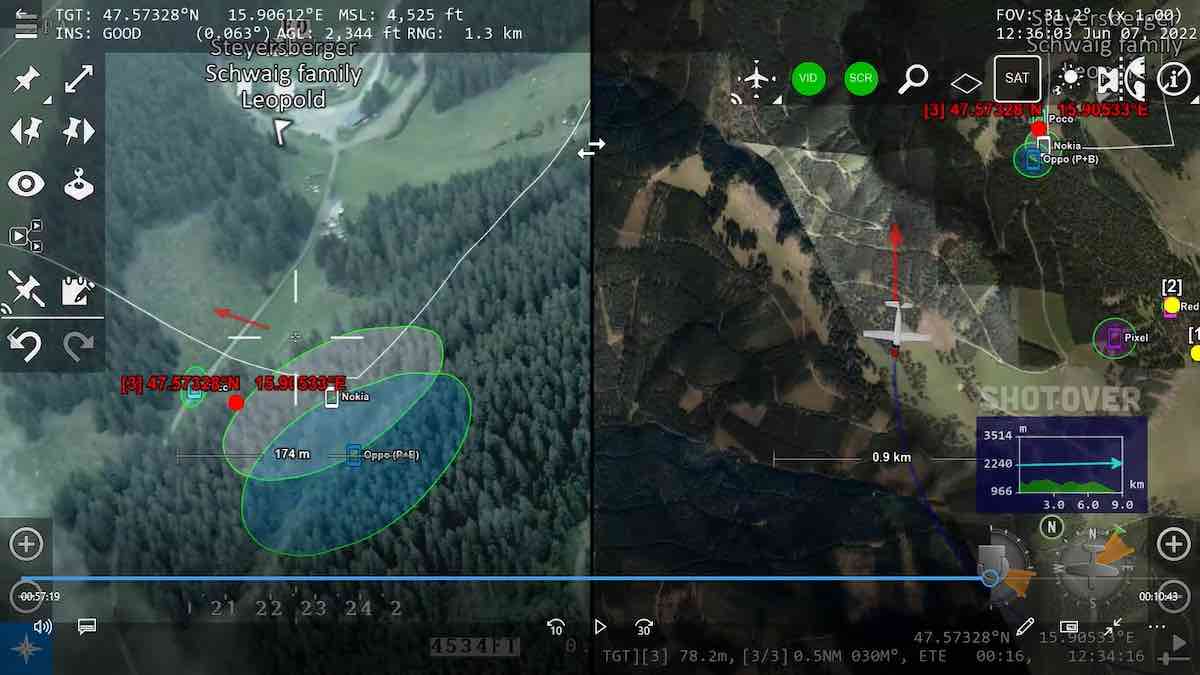 A sample from the sensor-operator's screen during the demonstration. (Smith Myers)