GA-ASI MALE RPA flies from US to UK

SkyGuardian Takes Off from North Dakota on Trans-Atlantic Flight

“This is a very exciting moment in GA-ASI’s history,” Linden Blue, CEO, GA-ASI, said. “To demonstrate the long endurance of unmanned aircraft systems, we took on the challenge of flying a MALE RPA across the Atlantic. This effort has taken a lot of coordination and we appreciate the support of the CAA, RIAT organisation and the RAF in this endeavour.”

Over the past 10 years, the RAF has operated GA-ASI’s MQ-9 REAPERs in various theatres of operation. The RAF is celebrating its 100-year anniversary (RAF100), and to commemorate the event GA-ASI is flying SkyGuardian to RAF Fairford, where the Royal International Air Tattoo (RIAT) airshow will be held (13-15 July). SkyGuardian will be on static display during the show.

The RAF is acquiring MQ-9B for its PROTECTOR RG Mk1 programme.

MQ-9B is the new generation of GA-ASI’s multi-mission PREDATOR B product line. The company named its baseline MQ-9B aircraft SkyGuardian, and the maritime surveillance variant SeaGuardian. MQ-9B is a “certifiable” (STANAG 4671-compliant) version of the PREDATOR B product line. Its development is the result of a five-year, company-funded effort to deliver a RPA system that can meet the stringent airworthiness type-certification requirements of various military and civil authorities, including the UK Military Airworthiness Authority (MAA) and the US FAA.

Inmarsat Government is supporting GA-ASI’s flight with its L-band SATCOM service, SwiftBroadband, which provides resilient, seamless backup-connectivity throughout the duration of the flight. SkyGuardian and its North Dakota-based ground control station are using SATCOM to communicate with and control the aircraft, to include the command for automatic landing at Fairford.

“Inmarsat has been servicing the demanding ‘anywhere, anytime’ nature of airborne operations for decades, and is the market leader in providing reliable, global, mobile L- and Ka-band connectivity,” Kai Tang, Chief Commercial Officer, Inmarsat Government, explained. “Reliable SATCOM is a critical enabler for any mission, and this trans-Atlantic flight test has vividly highlighted its importance. This is a truly historical event made possible by ingenuity and impressive integration and engineering from the GA team, and Inmarsat is very proud to be a part of it.”

The service also provides full flexibility in route selection for the long-endurance flight, while supporting mission-critical and time-sensitive data transmission, including imagery and video. 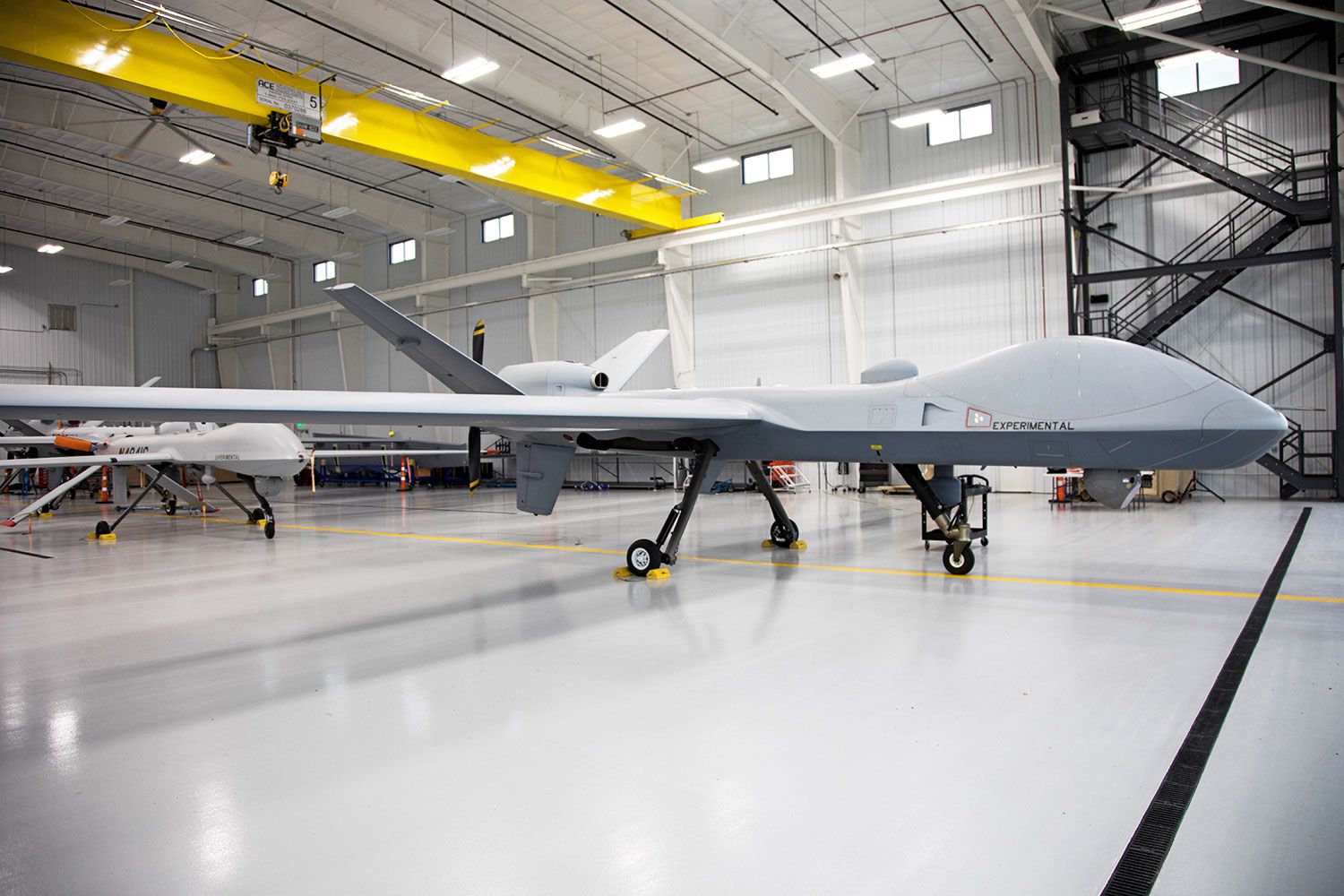