According to the US Counter Terrorism Technical Support Office’s (CTTSO), the, “individual tactical operator armed with small arms and ammunition is the most employed weapon system in the fight against terrorism in US and allied arsenals.”

In line with ongoing counter-terrorism (CT) operations at home, COIN and military assistance (MA) operations in expeditionary environments, SOF components demand assault rifles (AR) optimised for close quarter battle (CQB) out to longer range engagements in a battlespace which comprises a mix of low and high intensity conflict. However, the market has yet to witness a single weapon system capable of satisfying all these various mission requirements- hence the reason why SOF operators continue to rely upon a “golf bag” approach dependent upon specific operational parameters.

However, the main proportion of AR requirements across the SOF community remain focused on the procurement of NATO standard 5.56mm x45mm solutions as a baseline system for the individual operator. Weapons can be modified and upgraded with accessories including laser designators, suppressors, optical weapon sights and enhanced ammunition in order to extend capabilities. On 10 October 2017, German SOF signed a contract with Heckler & Koch (H&K) for the acquisition of 1,745 HK416A7 carbines in 5.56mm x45mm calibre.

Demand for AR technology suitable for CQB and urban operations remains high on the requirements list for SOF components. Operators must be equipped with weapon systems short enough in overall length to be handled in confined spaces while also retaining satisfactory levels of lethality and precision to effectively neutralise targets while minimising collateral damage.

Indian SOF continue to witness delays in the selection and delivery of a next-generation CQB carbine after an initial solicitation dating was cancelled. Having been revived on 13 June 2017 with an RfI from the army’s Para Special Forces, a total procurement of up to 220,000 carbines in 5.56mm x45mm is now being sought, including a 44,000-strong tranche expected to be delivered as an urgent operational requirement.

The SOF community continue to require access to heavier calibre ARs beyond even 300 BLK ammunition, capable of engaging targets at increased ranges as well as providing necessary lethality at shorter ranges and CQB.

Such a strategy was executed by the French MoD’s paramilitary force, GIGN, who in March 2017 selected to upgrade its standard service rifle from the 5.56mm x45mm HK416 to Ceska Zbrojovka’s (CZ) 7.62mm x39mm BREN 806 A2. However, the weapon retains the ability to be modified to accept 300 BLK and 5.56mm x45mm ammunition, dependent upon mission requirements, company sources confirmed to MT.

Elsewhere, the Indian Air Forces’ special operations component – the Garud Commando Force – has also followed suit with a RfI for 7.62mm ARs. According to the MoD solicitation, the force is seeking approximately 600 weapon systems capable of being integrated with UGL and other tactical accessories. Options include the latest addition to Israel Weapons Industries (IWI)’s family of small arms – the TAVOR 7 AR.

At Milipol 2017 in Paris, France, Meprolight unveiled the latest member in its family of red dot solutions with an upgraded variant of its Mepro MOR Reflex Sight. This latest version includes an integrated green laser designator, building upon legacy options already available in IR and red. Trijicon’s ACOG 4×32 Enhanced Combat Optical Sight (ECOS) was designed for SOF of the US military, and is, according to the company, “the ultimate sight for both CQB situations and longer distance shooting where accuracy and pinpoint bullet placement are required.” SIG Sauer’s new TANGO6 with LevelPlex and T120 turrets offers shooters an ideal high precision shooting solution.

Such requirements to advance the capabilities of SOF ARs and sniper rifles alike demand the integration of 360° Picatinny Rail Adaptor Systems, allowing for the rapid integration of optical gunsights, scopes and designators in line with the modern SOF ‘golf bag’ approach to cover the expanse of special operations. Options range from holographic weapon sights, such as L-3’s EOTech (the company has paid the US DoD compensation of $25.6 million following accuracy issues associated with ‘thermal drift’) and Aimpoint’s MICRO-T2 for CQB missions, through to Trijicon’s Advanced Combat Optical Gunsight (ACOG) and Aimpoint’s COMPM4S magnification options. Raytheon subsidiary Elcan Optical Technologies’ latest optical gunsight solution in the SPECTER family of systems is designated the Digital Fire Control System (DFCS).

Elsewhere in the market, there is a continuing focus on networking optical gunsights to helmet-mounted sensors, including I2 and IR technologies. Options include a current effort by Harris to downsize its Tactical Mobility Night Vision Goggle (TM-NVG) FUSION solution into a scope for ARs. According to company officials, this optical gunsight has already proven its capability to provide a fused I2/IR sight picture to operators, although ranges for initial concept demonstrators remain limited to just 200 metres.

Critical to the utility of SOF ARs is ammunition which continues to witness series of upgrades designed to enhance their application across the battlefield, particularly in line with emerging requirements from the COE.

While high demands are imposed on ammunition, RUAG always strives to clearly surpass the specified quality. To achieve this, the company relies on most modern production equipment and solid know-how accumulated over many years. Especially designed for fully and semiautomatic weapons, RUAG provides high-performance 5.56mm x45mm infantry cartridges with high penetration on armoured targets over a longer range (300 metres).

As Special Forces continue to operationally test weapon systems, accessories and ammunition in real-time environments, the wider conventional armed forces will consider drip-down procurement of the same solutions as has been illustrated with H&K’s HK416 which started with US Special Forces and has now been selected as the general small arm across the French Army. 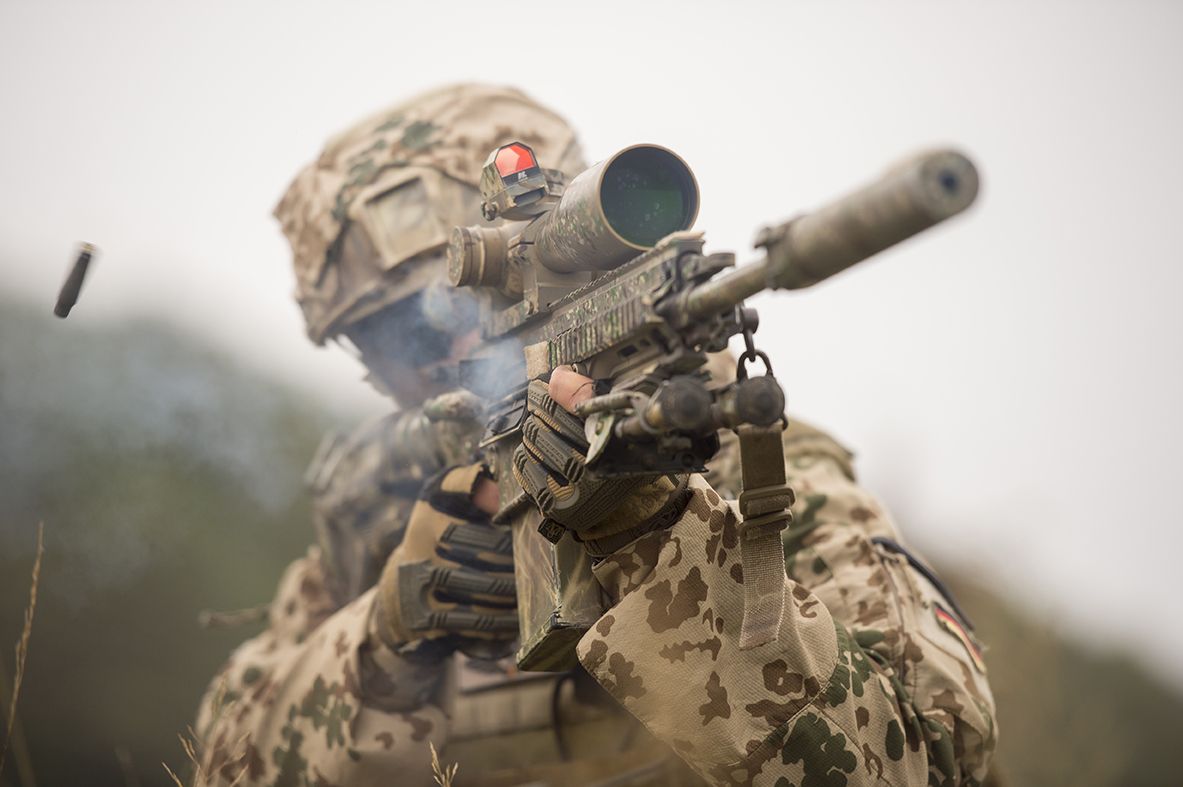