Elbit Systems announced that it integrated a mini-UAV onboard the SEAGULL Unmanned Surface Vehicle (USV), an advanced platform that already proved its multi-mission capability during a series of at-sea testing campaigns in recent years. With the latest integration of a small fixed-wing drone, the manufacturer is steadily expanding the operational capabilities of the SEAGULL platform well beyond Anti-Submarine Warfare (ASW) and Mine Warfare (MIW). The shipborne mini-UAS is capable of point water recovery, Elbit Systems noted. The visual feed generated by the unmanned vehicle can be transmitted to a land-based control station and to combat management systems (CMS) of seagoing vessels. While the SEAGULL USV was specially designed as a multi-mission platform for underwater warfare, its switchable payload suite can encompass systems for Electronic Warfare (EW), as well as electro-optical/infrared (EO/IR) systems for enhanced situational awareness and intelligence gathering. With the fitment of a mini-UAS to the USV, Elbit Systems further expands its capacity for more persistent maritime surveillance and intelligence.

Reinforcing the fast pace of activity in the USV space, Elbit Systems is continuing to adapt new capabilities to this organic, modular, highly autonomous, multi-mission USV system that was unveiled in February 2016. For instance, the USV platform proved during at-sea testing in late July 2016 that its multi-mission capability can include the delivery of lightweight torpedoes. The testing at that time proved that the SEAGULL can be adapted into “a highly effective [ASW] configuration,” by employing two single tube torpedoes. Elbit Systems continued that by using a dipping sonar, the SEAGULL could both detect and engage submarines as well as mines.

The SEAGULL USV is 12m long with missions including minehunting through area survey, search, detection, classification, identification, neutralisation and verification, in addition to EW and maritime/coastal patrol. Two of the craft can be operated together from a single Mission Control System (MCS) from manned ships or ashore. The vehicle also features C4I (Command, Control, Communications, Computers, Intelligence, Surveillance and Reconnaissance) capabilities and incorporates a large fuel capacity that, according to Elbit Systems, allows it to continue operating at sea for around 96 hours, around four days.

As both UAV and USV systems become more prevalent and capable, there is an increasing interest by naval/maritime services to introduce new capability in the unpredictable maritime security environment. The highly modular and open architecture USV on offer by Elbit Systems brings in completely new abilities, which are needed for intelligence preparation of the operational environment, surveillance and reconnaissance, also allowing the end user to incrementally develop new mission payloads for the vehicle. Interestingly, the SEAGULL USV was reportedly deployed during a series of naval/maritime exercises in recent years, including a mine countermeasure exercise alongside of the former amphibious assault ship and fleet flagship HMS Ocean (L 12) of the UK Royal Navy; she was decommissioned in late March 2018 and sold to Brazil. According to an earlier statement delivered by Elbit Systems following the launching of the SEAGULL USV, “there is a huge amount of interest in the system […].” 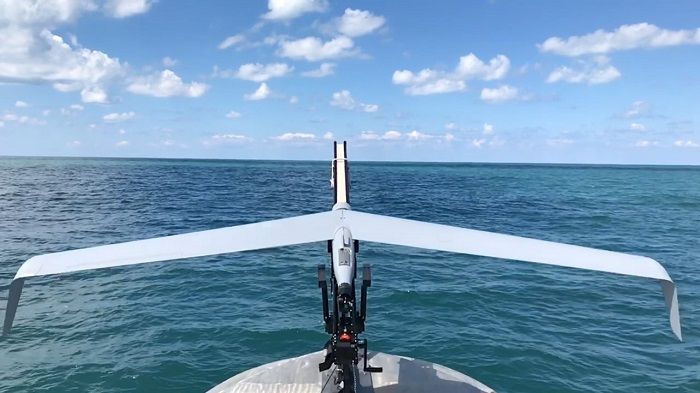 Two SEAGULL multi-mission USV systems can be operated and controlled in concert using a single mission control system from manned ships or ashore. Trials undertaken in recent weeks were dedicated to integrate a min-UAS onboard the USV, further enhancing its intelligence gathering capability. (Photos: Elbit Systems) 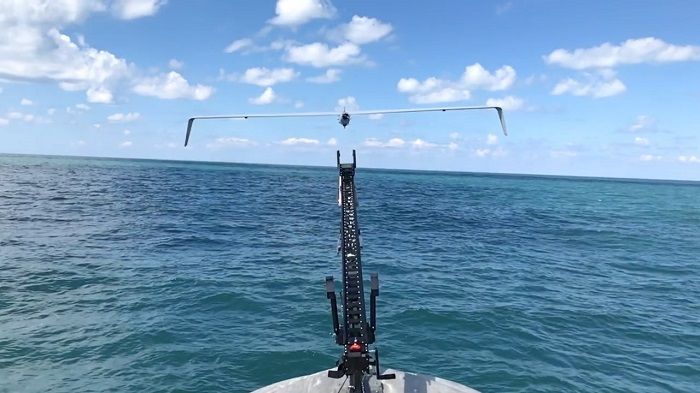