The Raytheon-led industry team (the programme has 184 US-based suppliers) has an adroit plan of early test and evaluation for its SPY-6 radar variants, and harmonising production to the build of new ships and overhaul of legacy-era ships. The initiatives are designed to prevent system acquisition debacles, some of which reared their heads during the build of the service LCSs.

From a production perspective for the AMDR (Air and Missile Defense Radar) variant of the AN/SPY-6(V)1 “we are turning those out at about one array every month at our factory at Andover, Massachusetts and it gets delivered to the shipyard,” explained Scott Spence, who leads the naval radar directorate within Raytheon Missiles & Defense. Calling attention to the installation of the SPY-6(V)1 radar which started this February on the service’s new AEGIS Flight III guided-missile destroyer, the future USS JACK H LUCAS, he observed, “we’re matching the cadence of the shipbuilding programme, making sure we’re not going to slow down shipbuilding whatsoever, whether it’s two or three destroyers a year.”

He also pointed out for the Enterprise Air Surveillance Radars, SPY-6(V)2 – (rotator variant with nine radar assemblies (RMAs)), and SPY-6(V)3 (with three fixed-face array faces – each with nine RMAs), “we’re in production. We’re building radars today ready for final integrations, and we’re completing the final testing at Navy’s Wallops Island test facility in Virginia. The major milestone there for testing, is that we’ve completed all the additional, functional testing that the EASR variant requires.” The Raytheon-Navy team is further moving into the integrated, multi-mission testing phase for EASR, where, for instance, anti-air warfare missions will be completed during an air traffic control event. The SPY-6(V)2 was designed for amphibious assault ships and NIMITZ-class carriers. The SPY-6(V)3 was designed for FORD-class aircraft carriers and FFG 62 guided missile frigates

And finally, the SPY-6(V)4 – with four array faces, each with 24 RMAs – is supporting the backfit of Flight IIA destroyers, offering next-generation, integrated, air-and-missile defence for these legacy-era ships. “The Navy has backfit radars in their current procurement programme, which is a hardware production and support contract,” Spence added.

Without identifying specific navies, he concluded that prospective customers from Asia Pacific and the Atlantic region are discussing SPY-6 in the context of their own unique platform requirements. 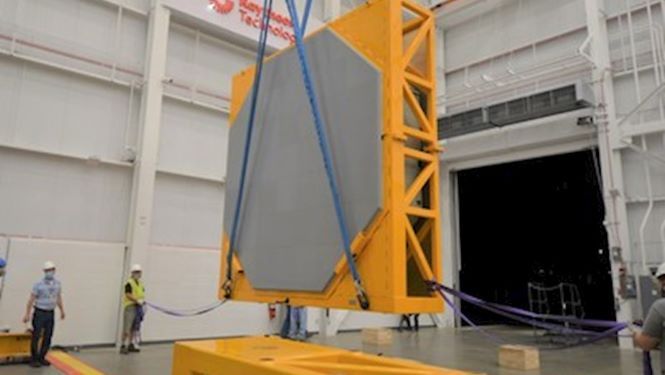