Lockheed Martin’s SPY-7 is the newest generation of solid-state radar on the market, John Iovacchino, the company’s International Business Development Director for Japan, told MON in an exclusive interview at Sea Air Space. “[…] the technology is several years newer than any other radar that is out there,” he stated.

Part of the SPY-7’s ‘secret sauce’ is bringing to bear scalable, flexible and proven architecture, that allows Lockheed Martin to develop unique arrays for any potential operator. To picture the architecture, think ‘Legos’ – or, in engineering terms, a ‘sub-array suite.’ Iovacchino explained that a sub-array suite consists of a drex [digital receive exciter] – the unit’s brain; two power supplies; and a transmit/receive module. “The way this works is in columns in the array. Depending on the size of the array and the sensitivity the customer needs to meet for certain requirements, they can put as many of these together as you wish,” he observed. In the case of the company’s Long Range Discrimination Radar (LRDR), there is a 20mx20m aperture. For Japan, it is in the order of a 5m aperture. “So, from very small, to very big, it is all built on the same building block.”

Lockheed Martin is seeking to achieve efficiencies from the entire life cycle of the SPY-7. For example, the operator does not need to turn off the array for maintenance. If a part has issues, one person can remove it while continuing to operate the radar in radiate mode, by simply turning off power to the affected area, and removing the problem component. “This is essentially a 24×7 operation with no down-time for our customers,” Iovacchino commented.

Four nations have chosen the SPY-7 solution for land- and sea-based applications: as a naval radar for Spain’s new F-110 frigates and the new Canadian Surface Combatants; for Japan as it integrates the SPY-7 radar with its already-deployed AEGIS Combat System; and for the US government. “Overall, you are looking at 90-plus antennas that will be completed with the four countries. In addition, our supply chain is incredibly vast, so our customers should not be concerned at all about the supply being available for replacement parts. There will be well over 10,000 sub-array suites in operation with the four nations,” Iovacchino concluded. 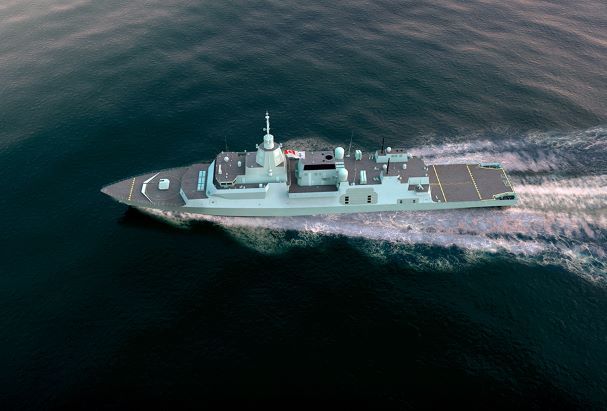