Emerging programme developments of note include the foreign military sales (FMS) opportunities for the ‘K’ model and the insertion of forward-leaning technologies at the Sikorsky production facility.

Several days ago, the US government approved a sale of 18 CH-53K heavy-lift helicopters to Israel, and the programme hopes to get them to Israel by the mid-2020s, according to USMC Col Jack Perrin, Program Manager for H-53 helicopters (PMA-261). Though dependent on the eventual contract with Israel, “I believe it’ll be the 2025-26 timeframe before they actually get delivered to Israel. But again, the schedule is in flux until we get on contract […] We are actively working with Israel on defining that and getting us all to an agreeable place,” he stated. The helicopters will replace some of Israel’s fleet of CH-53D YAS’UR aircraft, some of which are up to 50 years old. The contract covers 12 CH-53Ks with an option for six more.

Falk also told media at the show that Sikorsky has in place the ‘digital thread,’ inserting technology, when appropriate, in the CH-53K acquisition cycle, from design to production. Virtual reality, digital tooling, robotics and other technology enablers are being brought to bear to allow the OEM to achieve further efficiencies across its production processes. He pointed out his team’s production goals will incrementally be scaled up, to achieve the build of three CH-53Ks/month, or 36/year, to support USMC and prospective FMS production demands. 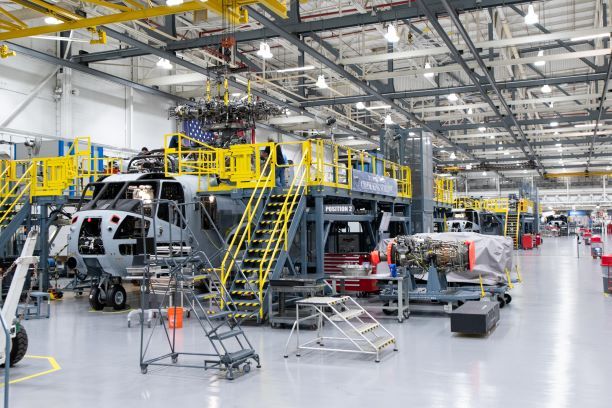