Vice Adm Jeffrey Trussler, US Deputy Chief of Naval Operations for Information Warfare and Director of Naval Intelligence, gained delegates’ attention when he asserted, “frankly, where we sit today in 2021, we ought to be having one of those Peal Harbor moments without the Pearl Harbor.”

Trussler, and other members of the ‘Cyber: Today’s Fight, Tomorrow’s Capabilities’ panel at Sea Air Space 2021, then offered compelling reasons for a ‘whole-of-nation’ US effort to defeat cyber threats. On the shortlist of attention-getting events was the recent disabling of the Colonial Pipeline, affecting the flow of oil along the US East Coast and Southeast.

On cue, the panel moved beyond warnings and a rehash of incidents, to tell delegates how they can better support efforts on the cybersecurity front – a genuine and welcomed business devleopment moment for industry!

Karen Van Dyke, Director for Positioning, Navigation, and Timing Spectrum Management at the US Department of Transportation (DoT), highlighted a major threat – jamming and spoofing of GPS signals, remarking “It’s a weak [GPS] signal coming from space and it certainly doesn’t take much power to jam GPS over a wide area.” She further noted that, whereas jamming is a temporary threat, spoofing can permanently disrupt communications, as a GPS end-user may permanently lose access to the receiver. To that end, DoT is working with the Pentagon to address and defeat these and other threats collaboratively.

Ryan Roberts, Senior Manager of Cyber and Strategic Risk at Deloitte, declared that automation must take on a larger role in future attacks, as human-response time is much too slow. Moreover, beyond a pure human response, he called attention to the decision-making process, often dependent on committee – another impediment to ‘humans-in-the-loop.’ “Over time we’re going to remove that human-in-the-loop and get to automated decision making,” he said.

And then there is collaboration, not only of the interagency type, but among government entities, industry and other organisations. While it was noted that the US Coast Guard is working with commercial shipping ports to assess facilities and harden their infrastructure, there are other opportunities to make cyber warfare a joint as well as a whole-of government fight. 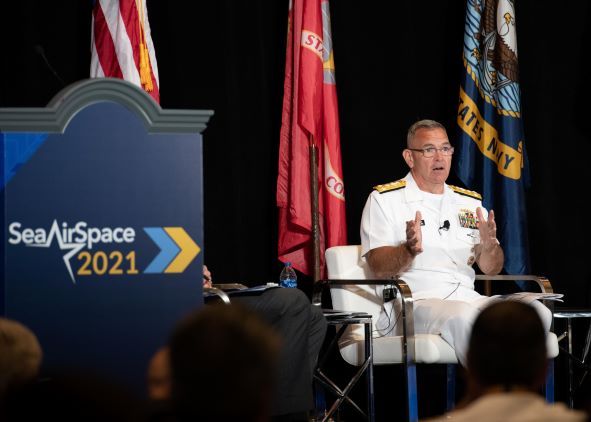