The E-2D Advanced HAWKEYE is the newest variant of the venerable E-2 aircraft platform. The US Navy’s (USN) programme of record (PoR) is 75 aircraft with 52 under contract with original equipment manufacturer Northrop Grumman (Booth 2105). Judy Quinlan, Programme Communications Manager for E-2 Hawkeye/C-2 GREYHOUND and F-35 LIGHTNING II at Northrop Grumman Aerospace Systems, reported, “there have been 28 E-2D deliveries to date.”

Of significance, the international E-2D programme is concurrently evolving, with the first two Japan E-2Ds scheduled for delivery in 2018. While new E-2Ds continue to enter service with the fleet, the Navy has in place a development programme that will continue periodic upgrades to the Advanced HAWKEYE. Quinlan continued: “This includes the introduction of aerial refuelling capability, which is currently in flight test. The first flight of an aerial refuelling-equipped E-2D was on December 15, 2016. Planned manufacturing cut-in is planned for 2018 and USN initial operational capability of aerial refuelling in 2020. E-2Ds in the fleet will eventually be retrofitted. This capability will allow for extended mission times of more than seven hours.”

Further, Delta System and Software Configurations (DSSCs) are planned periodic software/hardware upgrades. “Currently there are six DSSCs planned over the production phase of the E-2D programme. They are released to the fleet approximately every two years, and the content of these upgrades is classified. DSSC-1 and DSSC-2 have been delivered to the USN, and DSSC-3 is in development,” the industry media expert added.

And finally the Wet Outer Wing Panel was developed by Northrop Grumman, to allow fuel to be carried in the outer wings, enabling longer missions. This will be an option for land-based operators.

The XV-24A is a tilt-wing UAV powered by an electrical distributed propulsion system. 24 variable-pitch ducted fans driven by electric motors provide thrust for hover and cruise. Rolls Royce (Booth 1639) provides a single AE1107C turboshaft engine (used on the V-22 OSPREY) to drive three Honeywell (Booth 1613) generators which provide power to the wing and canard electric motors. While this vehicle is not expected to enter the air inventories with any of the US military services, the project is expected to yield important technology spin- offs including uses of advanced materiel and other capabilities. Ashish Bagai, PhD, the DARPA programme manager for XV-24A and the concept’s creator, provided a high-level project overview emphasizing it will, “focus on new design spaces for aircraft and helicopters so that they can not only fly fast but to hybridize them, bring them together, so the XV-24A can do what a helicopter and a high-speed, fixed wing transport can do. The intent is to advance technology, to increase the industrial base, exploit new design tools and materiel, and configurations, so that in the future the spin-off opportunity to make a match to meet mission requirements. And what we have here is the most remarkable configuration one could ever conceive of.”

No CMV-22B aircraft have been procured to date. Production will begin in FY (fiscal year) 18 with the first aircraft to be delivered in FY20. The USN intends to declare initial operational capability for this programme in FY21. “Aircrew and maintainers have begun training with USMC at Marine Corps Air Station, New River, North Carolina,” Brown concluded. 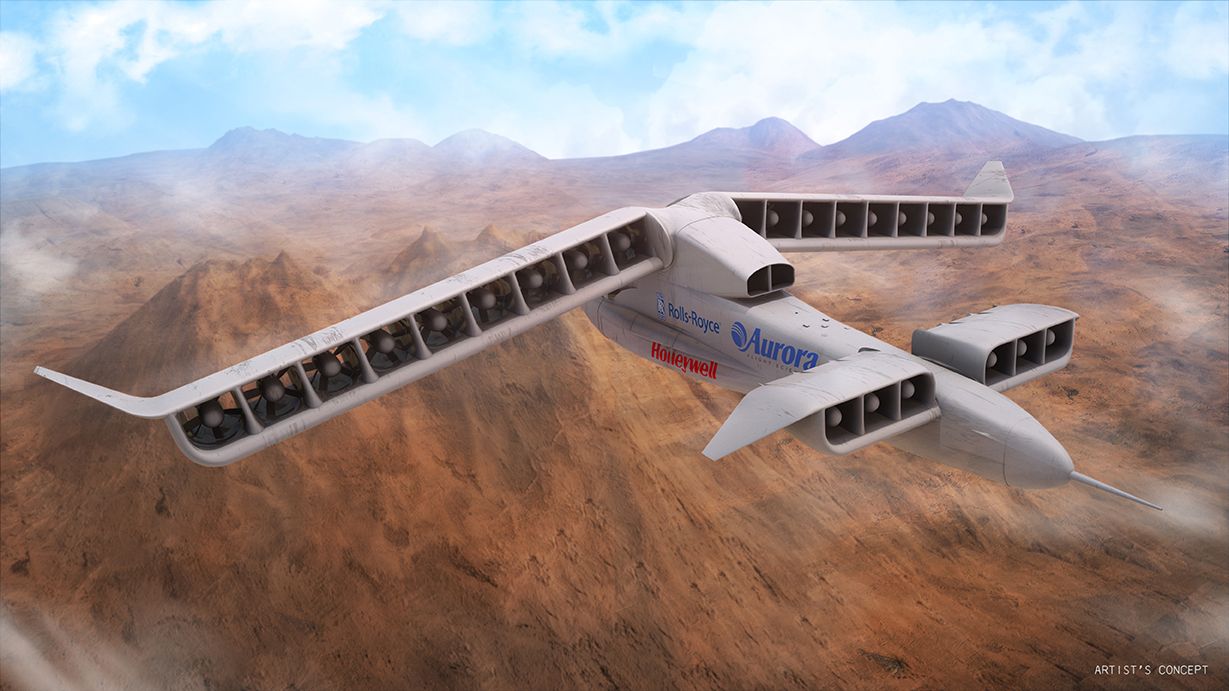