In a few years, SAPIENT is likely to become the new NATO interoperability standard for counter-UAS (C-uAS) used as weapons – even if some adjustments are needed.

This was one of the main conclusions from NATO’s C-UAS Technical Interoperability Exercise (TIE21) held at Lt Gen Best Barracks in Vredepeel (Netherlands), 2-12 November. The exercise, organized by the NATO Communications and Information (NCI) Agency, and supported by NATO, saw participation from industry, academia, and end-users.

This was not a case of NATO focusing on small UAS. Commercial drones used as weapons are a deadly threat, and a symbol of modern asymmetrical warfare. Tiny and mobile, easily purchasable online and modifiable with elementary software packages, these ‘small birds’ are also hard to detect and can attack in swarms of grenade bombers or kamikaze. They have been used in various theatres, including Iraq, Syria, Israel, Lebanon, Yemen and Afghanistan – by ISIS, Hezbollah, Hamas, Taliban, and states – some of them very familiar to NATO.

NATO’s main exercise was to find a common language for C-UAS systems developed by various companies across NATO and, at the same time, to ensure their technical interoperability and integration with NATO systems. To this end, some seventy systems from some twenty companies in various NATO’s countries were tested, to determine whether they can work in concert. These included the sensors used to detect drones – radar, direction finders and imaging systems – C2 and effectors – jammers, appropriate to neutralise them. Some systems – NATO said – used machine learning algorithms, such as ARTEMIS, NCI’s prototype system.

During the exercise, scenarios from specific ‘NATO C-UAS handbook use cases,’ were realised, becoming increasingly complex as the tests progressed. Among the most impressive was a simulated attack by a swarm of 250 drones.

Besides SAPIENT –  developed by Britain’s Dstl, an MoD department – a further two languages were used for each scenario: ASTERIX, used for aviation and radar applications, and Link-16, NATO’s primary air defence datalink, both part of the plethora of NATO software languages. All three, according to a NATO official, were used in different configurations during the test, to better understand their performance.

Another interesting finding concerned drone detection during the swarm demonstration. In fact, it emerged that most of the systems were unable to detect all 250 drones but, rather, aggregated them, so the future challenge is to see how they react to varying frequency bands and latency levels.

It is not yet clear what NATO will do with  the “considerable” volume of data from the exercise, which an official source defined as “much higher than expected“. Data will likely be made available to industry and academia through the Cagle platform, as has been done previously.

The exercise, the second of its kind, is part of a collective effort in place since 2018 through the NATO C-UAS working group. And the work continues: the overall programme has now entered its second (24 month) phase, and other exercises will be conducted, in policy, R&D, artificial intelligence and training, under NATO’s ‘full-spectrum capability development’ doctrine.

Indeed, there is is a major ‘push’ for such exercises in the future. As Stephen Lewis, Deputy Head of  Joint ISR at NCI, stated, adversaries are developing new technologies, and “we need to make sure that we keep ahead [of the] more complex threats that might emerge in the future.”

Caterina Tani reporting from The Netherlands 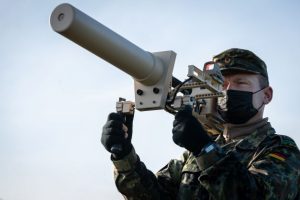 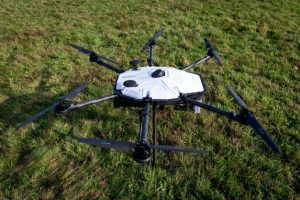 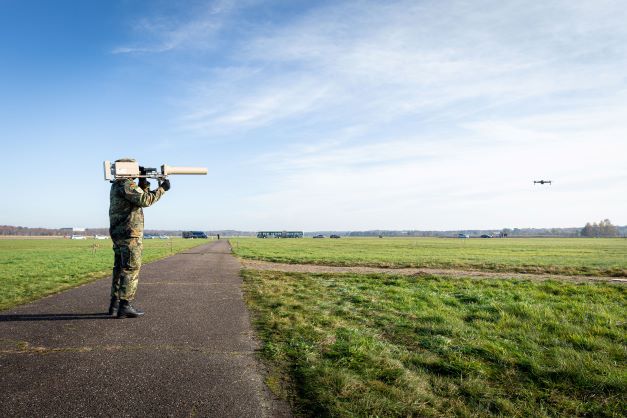 A variety of equipment and systems were tested during TIE21. (All photos courtesy NATO) 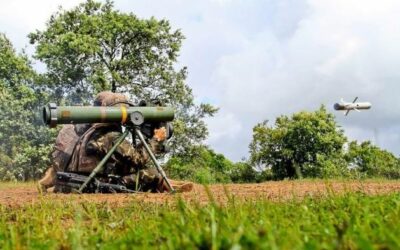