The announcement follows successful field trials of the FURIOUS robotic system, carried out by Safran in late 2021 at the French army’s urban combat training centre at Sissone – a key advance, culminating in the firm contract phase. During this phase, participants focused on the modular architecture concept (hardware and software), designed to ensure the autonomous operation of any ground crewed or unmanned platform.

Safran Electronics & Defense builds on its skills and expertise to ensure the autonomy of both land platforms (robotics) and airborne platforms (drones): automated planning and control, navigation and geolocation, 3D environment perception based on semantic segmentation, artificial intelligence-based processing and critical embedded software. The company has proven its credibility through real-world projects such as FURIOUS in France, and its European counterpart, iMugs, financed by the European Defence Fund.

Critical building blocks for future programmes could be developed in the short term, based on the operational advantages of autonomous functions in a number of scenarios, the applicability of a judicious incremental approach and a clear convergence towards adaptable modular solutions. From this perspective, the launch of the planned Vulcain robotics unit by the French army, designed to formalise the army’s robotics needs by 2030, is a clear sign for the players involved of the viability of this approach.

Safran has over 70 years of expertise in all underlying technologies. HRG technology has proven its capabilities for demanding civil and military applications in all environments: land, air, sea and space. 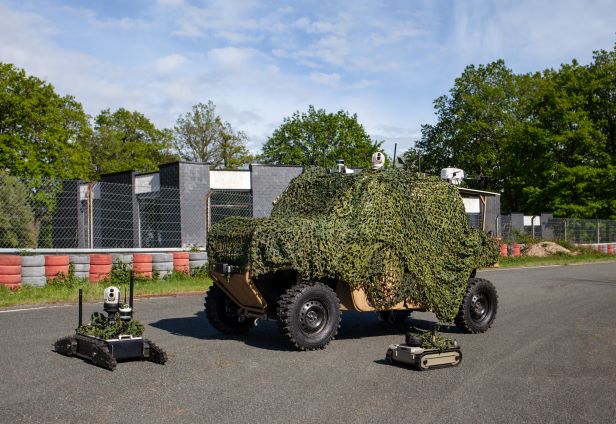