The former Spectracom has “more than 435 people in Europe and North America and has revenues of around €100 million [$101 million],” according to Safran. As well as GNSS [global navigation satellite system] devices, Orolia also manufactures atomic clocks and aircraft locator beacons.

Negotiations over the acquisition began in December, and details of the sale – including the transaction price and payment mechanisms – have not been disclosed. Safran does not specify whether Orolia will continue to exist as a brand, nor does it specify any plans to integrate the businesses.

Safran’s E&D division claims it is ranked third in the world in inertial navigation systems. Satellite signals are vulnerable to disruption – either environmental or deliberate – so cannot provide a resilient geopositioning capability when used in isolation. Inertial navigation systems can verify positioning data from GNSS and add a layer of resilience to safety-critical or sensitive applications. Adding Orolia’s GNSS capabilities will allow Safran to “offer a complete and cohesive set of resilient PNT architectures,” the company says.

“Orolia could not imagine a better fit than with Safran to secure its growth and leverage its PNT leadership positions,” said Jean-Yves Courtois, Orolia CEO. “Thanks to the addition of best-in-class timing and inertial technologies, premier access to the largest defense and aerospace markets, and a proven track-record in government program capture and execution, Safran and Orolia have now all the cards in hands to establish themselves as the resilient PNT leader.”

“The acquisition of Orolia makes Safran one of the only companies with the full complement of PNT technologies, bringing together Orolia’s precise time referencing and Safran Electronics & Defense’s proven inertial navigation solutions,” said Safran E&D CEO, Martin Sion. “Our shared ambition is to become the world leader in resilient PNT for all conventional and strategic applications.” 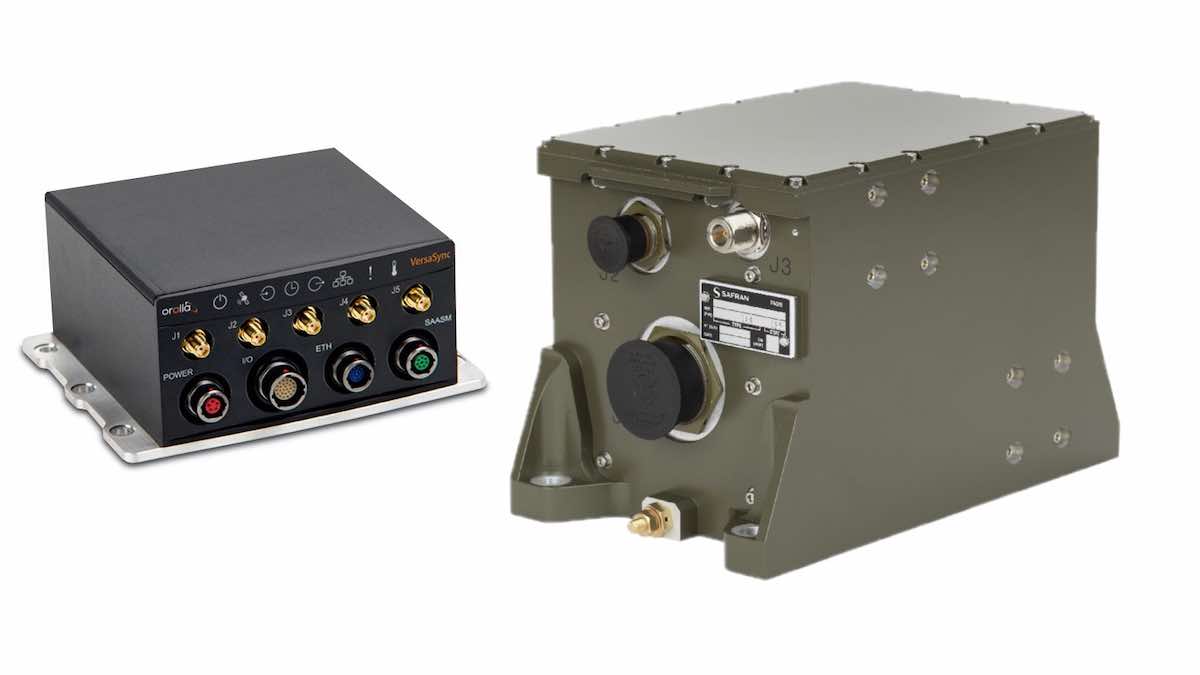 Devices such as Orolia's VeraSync (left) and Safran's Geonyx will now be part of a single system offering. (Safran)