The Frontline of Modern Training

Battlefields are often extremely confusing places. Armed forces need to get their jobs done in the face of variables including enemy fire, noise, darkness, extreme weather, and wounded comrades.

While there’s no substitute for actual battle experience, live training is the very next best thing. It places troops in realistic battlefield conditions, where they are wet, cold and surrounded by the crack of rifles. This gives them the best possible chance of gaining confidence for real combat and succeeding in their missions.

Trend back to live training

“We saw a trend for five or 10 years where armed forces were using virtual training more often,” says Hans Lindgren, Head of Business Development at Saab Training and Simulation. “But armed forces are now again looking at live training and understand its importance. While virtual training lets you train for procedures and equipment handling, with live training you are affected by bad weather, frustrations with equipment, confusion about where you are, and the darkness and humidity. It’s extremely realistic.”

Lindgren says with the geopolitical situation rapidly evolving, live training can also be used to send strong messages of unity and cohesion. “If you look at the Baltics, there’s a multinational exercise underway on the Russian border called the NATO Enhanced Forward Presence,” he says. “Live training is being carried out there out on a daily basis to demonstrate a presence and a shared commitment, and that can only be done using troops in the field. So, it can be a strong political message, too.”

Saab’s Live Training offering consists of a range of hardware, software and communications options that work together to provide a seamless and realistic battle experience. Individual soldiers wear man-portable systems that record their position, shots fired and medical status. Similar systems are attached to helicopters, tanks, vessels and vehicles, with pyrotechnics used to simulate explosions. A communications network collects the data generated and sophisticated exercise control (EXCON) software capable of handling 2,500 players in real-time then collates and analyses the results, providing vital feedback.

The system can be configured for situations as diverse as chemical, biological, radiological and nuclear (CBRN) training, counter-terror training, and training in built-up urban environments.

Lindgren says Saab is constantly developing its system to provide armed forces with the highest level of fidelity. While most live training systems use lasers to simulate the firing of projectiles from tanks, anti-tank weapons and armoured personnel carriers, Saab’s Ballistic Live Training system factors in the rate at which projectiles fall once being fired as well as the time to reach the target. This provides extremely reliable feedback on the accuracy of shots taken by weapons over 40mm. “If you’re just using straight laser beams, then you’re cheating yourself in combat situations and you’re cheating your organisation,” he says. “You are developing false trust in your tactics.”

Ballistic Live Training technology has recently been adapted for use on smaller special weapons such as sniper rifles, machine guns and grenade launchers, providing an invaluable training advantage.

Lindgren says another key advantage of Saab’s system is its wide user base and interoperability. Upgrades carried out in 2016 and 2017 have allowed users in Europe including the UK, US troops stationed in Europe, the Nordic nations, Germany and Poland to carry out joint exercises using the Saab platform. “NATO has accepted the Saab-developed live training laser code as the NATO standard,” Lindgren says.

Meanwhile, further improvements are planned for the future to keep pace with the development of battlefield weapons. “We’re seeing a lot of new non-line-of-sight weapons coming into play,” says Lindgren. “With these you can fire at positions you can’t see. Live training for these requires high-fidelity simulations and a communications system that can deliver high-capacity data to the gunner’s sight about objects behind houses or the tree line. Using radio technology and GPS, we are able to go to the next level of simulation and mix virtual and live training.” 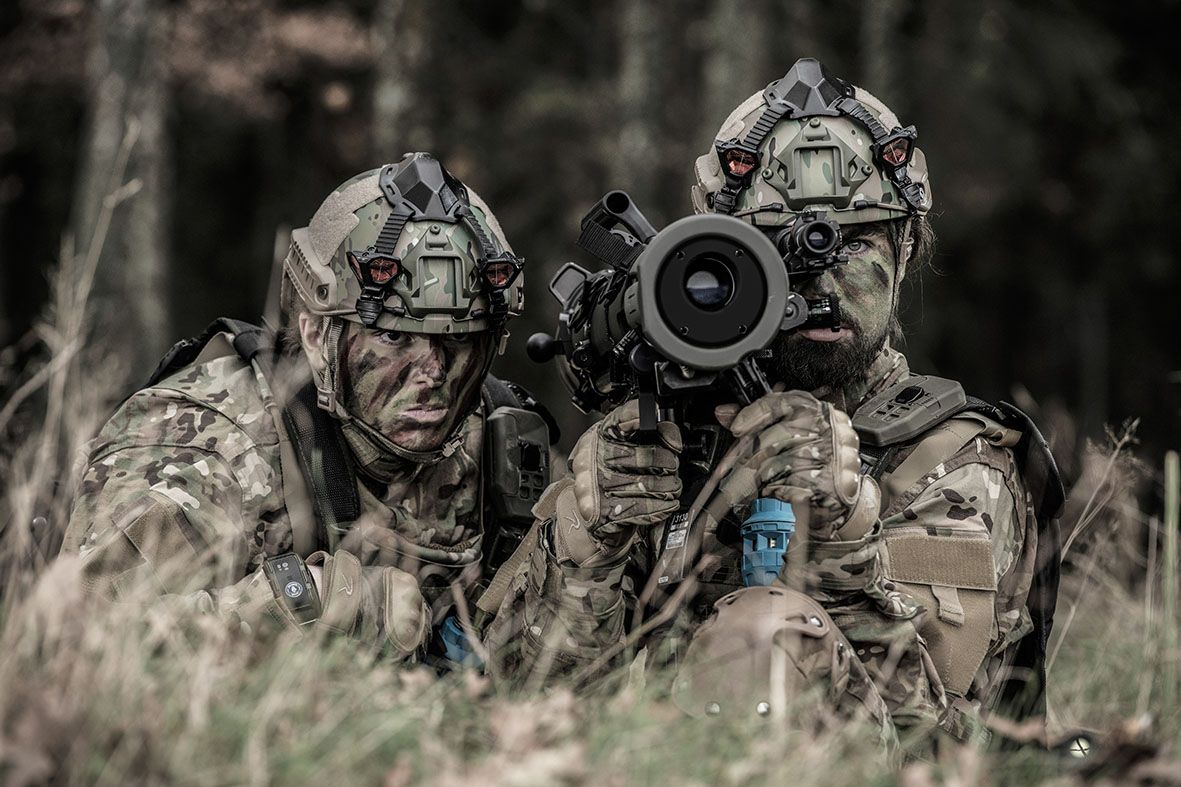