“With Nammo and Nordic Shelter as part of the team, we have two great Norwegian companies who can benefit from future export prospects, while lending their expertise to make GLSDB an even more compelling solution. The range of the system, its 360˚ coverage and precision, with the ability to use a discrete launcher configuration, makes GLSDB unique amongst artillery systems,” commented Görgen Johansson, Head of Saab’s Dynamics business area.

GLSDB is a long-range precision artillery system developed by Saab and Boeing, based on the latter’s air-launched Small Diameter Bomb (SDB), which has been in production since 2006, with more than 30,000 units shipped. GLSDB enables the Small Diameter Bomb to be ground-launched from a wide variety of launchers and platform configurations. 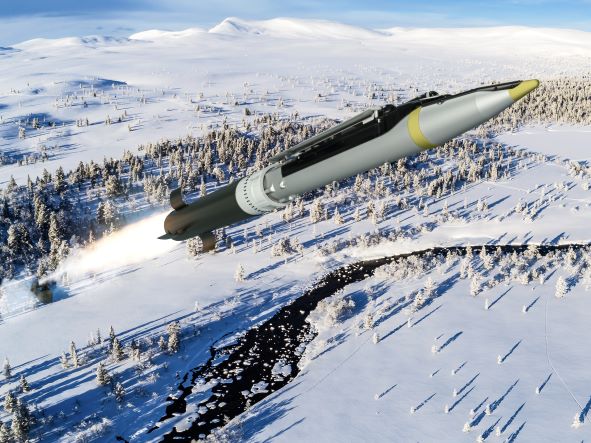 An artist’s impression of GLSDB at launch. (Image via Saab)