Fourth User Nation for M4 Since Launch Saab has announced a new order for the CARL-GUSTAF M4 multi-role weapon system from an unidentified customer – the fourth for the revitalised weapon system since its launch in 2014. Deliveries are scheduled to take place during 2017. The Czech Republic and now three additional nations have ordered the system.

The M4 features a lightweight design (under 7kg,) a round counter and intelligent features such as compatibility with future innovations, including intelligent sighting systems and programmable ammunition. “With the M4 version the customer will have a weapon with the latest technology and with improved ergonomics which will give them an increased tactical flexibility to deal with any situation on the battlefield”, says Görgen Johansson, head of Saab Business area Dynamics. 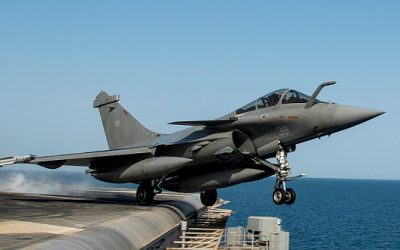 Rafale and Falcon on Prominent Display