A Russian T-80U MBT has been observed carrying the TKB-0252 DROZD-2 active protection system (APS) in a 17 September TV Zvezda video covering the return of Russian troops from the ZAPAD-21 strategic exercise.

The Russian MoD is known to have awarded a contract in 2020 for a series of tests of DROZD-2 installed on a T-72BK. A further set of trials with a version of the ARENA APS on the T-72B3 are understood to be in progress. However, to date there has been no clear indication that any APS is being actively considered for the T-80 fleet, despite the presentation in 1998 of  a T-80U carrying the system.

The TV Zvezda footage indicates the system may have undergone some form of testing during ZAPAD, which often acts as a battlelab for new Russian systems. It also suggests that two APS may now be under consideration to meet the requirements of Russian ground troops.

DROZD-2 is derived from the Soviet-era 1030M DROZD, deployed operationally to protect T-55s in Afghanistan from 1983. The system is modular and consists of effector launchers and a series of radars and sensors around the vehicle. It is capable of intercepting missiles and RPGs traveling at speeds up to 1,200m/s – though each module can only protect a 90° sector. 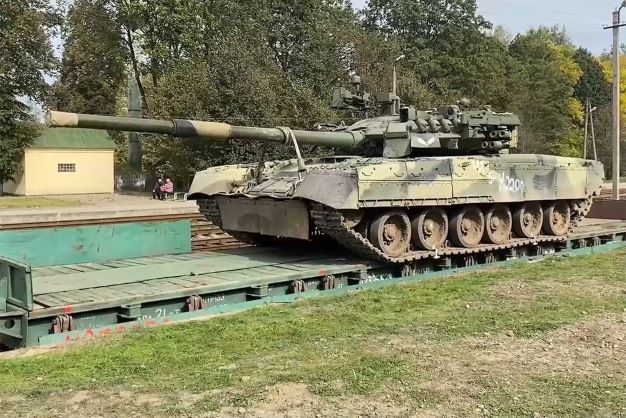 Footage has emerged of a T-80U carrying the DROZD-2 APS, indicating that two such systems may be under consideration to meet Russian requirements. (Photo: via TV Zvezda)