The submarines – Knyaz Oleg and Novosibirsk – are of the Borei-A and Yasen-M classes respectively. Knyaz Oleg was laid down in 2014 and launched last year and carries RMS-56 Bulava (SS-NX-30 or SS-N-32) missiles. In January, Sevmash was contracted to build two further Project 955-A Borei-A class boats for the Russian Navy – a total of eight are understood to be planned, all to be built by Sevmash at the Severodvinsk yard.

Novosibirsk – a Project 885M Yasen-M design – was laid down in 2013 and launched in 2019. She is the fourth of the class and completed sea trials earlier this year. With a submerged displacement of 13,800t, Project 885M submarines are armed with 24 P-800 Oniks/Yakhont/Bastion (SS-N-26 Strobile) and 3M54 Kalibr/Club (SS-N-27 Sizzler) cruise missiles, as well as torpedoes. They are reputed to be among the quietest submarines operated by the Russian Navy. 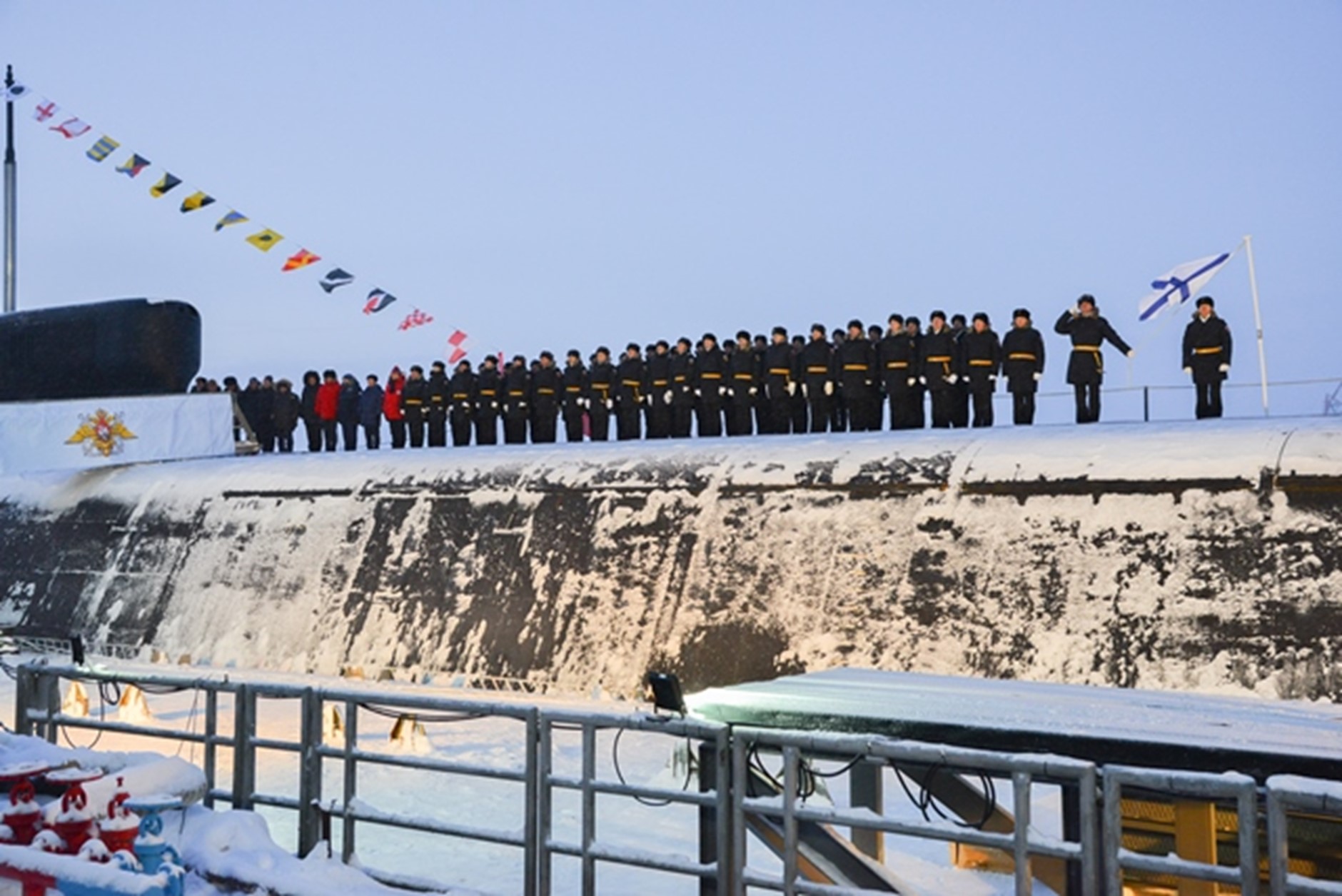 For the first time in many years, the Russian Navy accepted delivery of two nuclear boats at once on 21 December. (Photo: USC)