More Equipment and Support for Ground Forces and Long-Range Aviation

The Russian MoD has revealed details of its anticipated deliveries during 2022, which include additional T-90M tanks for the First Guards Tank Army (1 GTA)and two Tu-160M strategic bombers for long-range aviation.

1 GTA will receive more than 150 new systems, including the T-90M ‘Breakthrough’ MBT, as well as additional T-80BVMs, BMP-3M IFV and BTR-82A IFV. The deliveries are also expected to include the Tor-M2 short-range air defence system, plus combat support assets such as the TDA-3 smoke vehicle, according to a 3 January report published by the MoD.

Improvements are already underway for Russia’s bridging capabilities. A 4 January MoD report states that engineers in the Southern Military District (SMD) have received the TMM-3M2 heavy mechanised bridge. Other SMD units have received ten PST-1 pontoon bridges, which can be used to position other pontoons.

The modernised Tu-160Ms will be added to four Tu-95Ms received in 2021. The aircraft are provided with new EW and navigation systems as well as modern weapons. The deliveries will be accompanied by additional training: a spetsnaz unit from Tambov in the Western Military District, for example, will increase its training by 15%, including night landings from the Mi-8AMTSh Terminator helicopter. On 5 January, the MoD reported that units in the SMD would also use exercises as experiments to validate new combat methods. 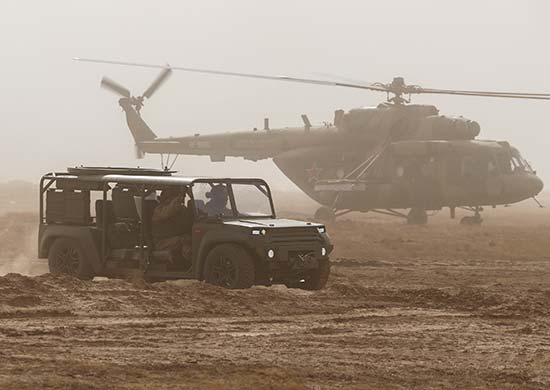 The Russian MoD has announced a raft of anticipated deliveries for 2022 that will further advance the modernisation of its armed forces. (Photo: Russian MoD)