Russia claimed warning shots were fired at the Royal Navy warship, and that several bombs were dropped in her path. In London, the MoD denied this interpretation, stating “no warning shots have been fired at HMS DEFENDER.”

However, a video published by the FSB, the Russian agency that also deals with border security, confirmed a Russian coastal guard vessel fired multiple warning shots – but not in the direction of the British vessel. The precise order was to avoid hitting the British vessel: the shots were fired at a significant distance, not in her immediate vicinity. Interestingly enough, the incident occurred on the same day that Britain and Ukraine signed a Memorandum of Implementation (MOI) for naval cooperation onboard the very same vessel – an event that, to say the very least, can not have filled Moscow with happiness.

The UK MoD stated that HMS DEFENDER was “conducting innocent passage through Ukrainian territorial waters in accordance with international law” near RussiaN-occupied Crimea, while Moscow characterises these as being her territorial waters.

Responding to the Russian version of events, footage broadcast by the BBC showed the destroyer’s crew ‘closed up’ and at battle stations, ready to respond if necessary: an issue of great significance.

The incident needs to be considered from two principal perspectives. First, it is generally Russia that takes the initiative in such incidents, constantly provoking Western governments by testing ‘red lines,’ or violating national airspace. Intentionally or otherwise, HMS DEFENDER has shifted this narrative. Moreover, the incident tested Russia’s readiness to take action against a NATO member state. Moscow appeared less resolute than it would wish the world to believe, while Britain maintained a ‘stiff upper lip.’

The second important aspect lies in the information domain. Russia has given the incident massiv coverage, taking the initiative in the information sphere and exaggerating the facts – particularly with regard to the alleged dropping of bombs, for which zero evidence has been presented. This coverage is aimed simultaneously at domestic consumption – to reassure Russians that Putin’s leadership remains robust – and at the Western audience, in an attempt to portray him as a strong-man, ready to act.

While discussions and separate versions of the event will likely continue to be heard for some time, one thing is clear: the Black Sea requires additional attention from NATO, given Russian harassment and infringement of freedom of navigation in the area.

Denys Kolesnyk in Paris for MON 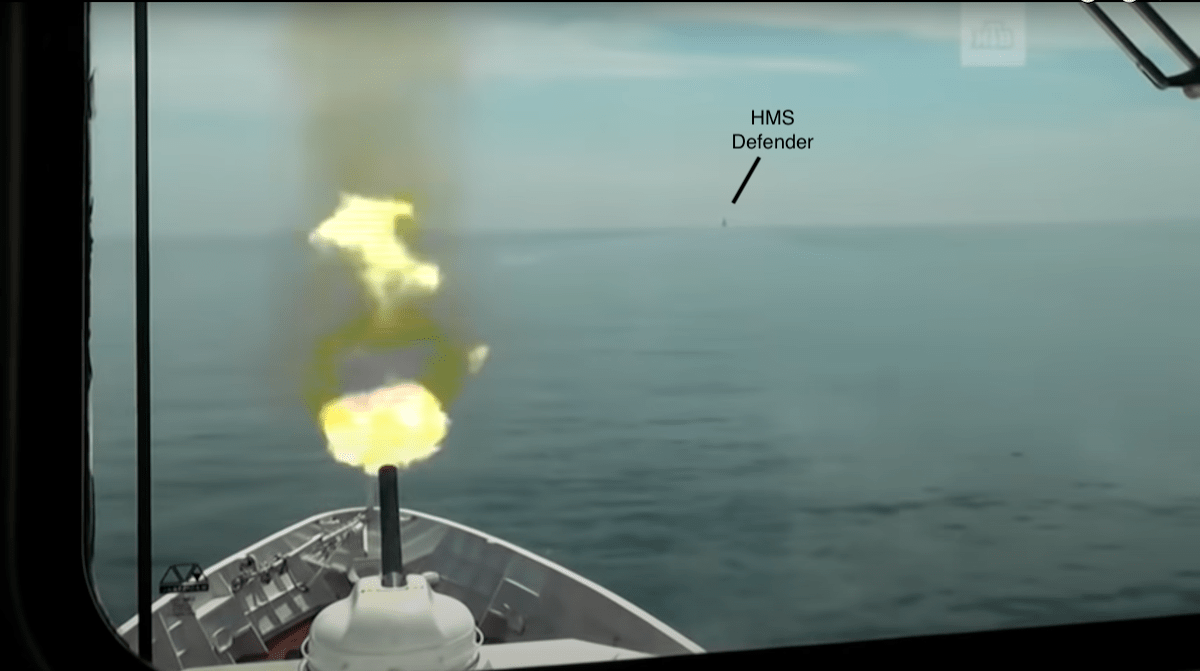