TASS reported on 7 December that Rosoboronexport confirmed it will be competing to satisfy India’s upcoming requirement for light tanks by offering the SPRUT-SDM1 and “technology transfer and, quite probably, the arrangement of local production of separate units and assemblies,” according to chief executive, Alexander Mikheyev. The SPRUT-SDM1 is the only lightweight amphibious combat vehicle in its class with the firepower of a main battle tank and a 125mm cannon, he added. “All the munitions produced in India for employment with the T-72M1 and T-90S tanks can be used for the SPRUT-SDM1, which has no rivals.”

The vehicle can negotiate water obstacles while delivering fire, be sealifted, and can operate day and night in terrain inaccessible for other similar vehicles – in high mountains or extreme temperatures. “This tank evokes great interest from the countries with complex geographical conditions that combine the presence of water obstacles, swamps and mountains. The combat vehicle is outfitted with the missile armament designed to strike armoured targets, including vehicles with reactive armour at ranges of up to 5km,” Mikheyev observed.

SPRUT-SDM1 was developed by Rostec’s High Precision Weapons Company, and is based on the SPRUT-SD self-propelled anti-tank gun. It features improved team control through a unified tactical-level C2 system, and firepower has been enhanced by a new digital fire control system. It can cover up to 500km without refuelling and is both sea- and air-transportable. TASS reported in June that trials for the SPRUT-SDM1 are scheduled for early next year, following which a series production decision will be made. 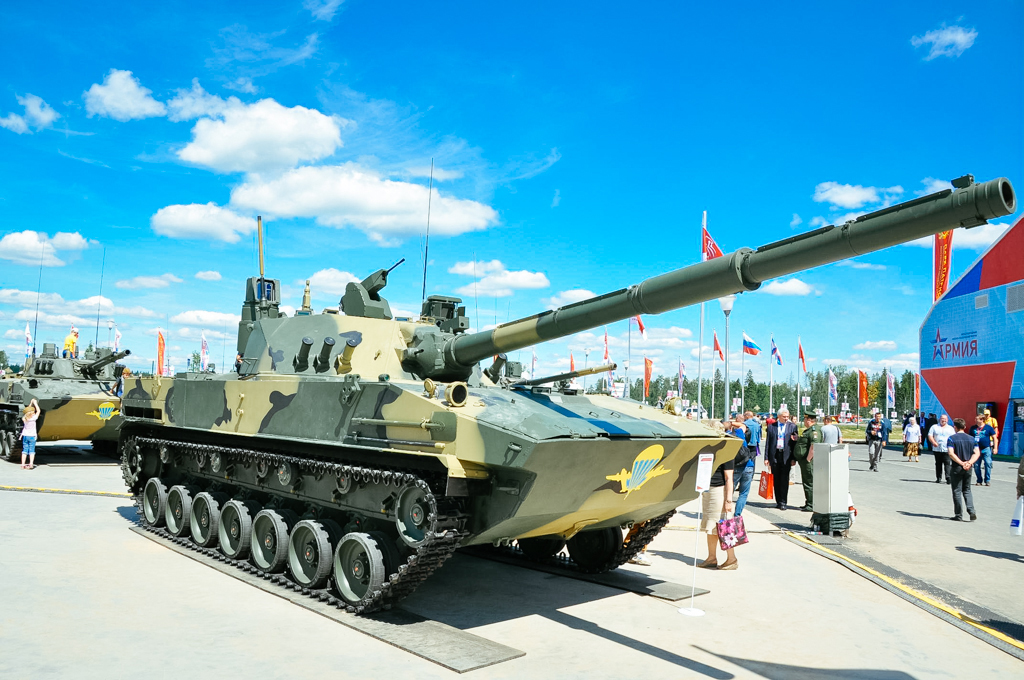 The SPRUT-SDM1 at its first public appearance in 2018. (Photo: Rostec)