Russia has restarted production of the Soviet-era Tu-160 BLACKJACK strategic bomber after a 19 year hiatus, according to a 27 August article published by the Russian MoD.

Defence Minister Sergei Shoigu visited the Kazan Aircraft Plant to view the first new-build cockpit. “What we talked about five or six years ago is done. This is our common victory,” he stated, before going on to view a modernised Tu-160M, an upgrade being developed for in-service aircraft.

Russian president, Vladimir Putin and C-in-C of the Russian Air Force, Gen Viktor Bondarev, stated in 2015 that Russia would procure a total of 50 Tu-160Ms, which would require Kazan to reinitiate production of the Cold War relic. Production was halted in 1992 after just 35 aircraft had been produced: but 19 of those were left in Ukraine, forcing Russia to negotiate for their return in 1999.  A total of eight Tu-160s were eventually transferred from Ukraine.

By 2015 the Russian fleet of Tu-160s had shrunk to just 13 airframes, although four more were delivered in 2018. The Tu-160 and other Cold War aircraft were used to strike targets in Syria, launching 16 Kh-101 cruise missiles against Syrian targets. This first-ever combat deployment was hardly essential, but likely represented a Russian MoD effort to demonstrate its ability to deploy long-range, cruise missile-armed aviation against targets around the globe. Within a wider context, capability demonstrations of this type may be intended to signal Russia’s ability to inflict unacceptable damage in the event of a conventional war with NATO. 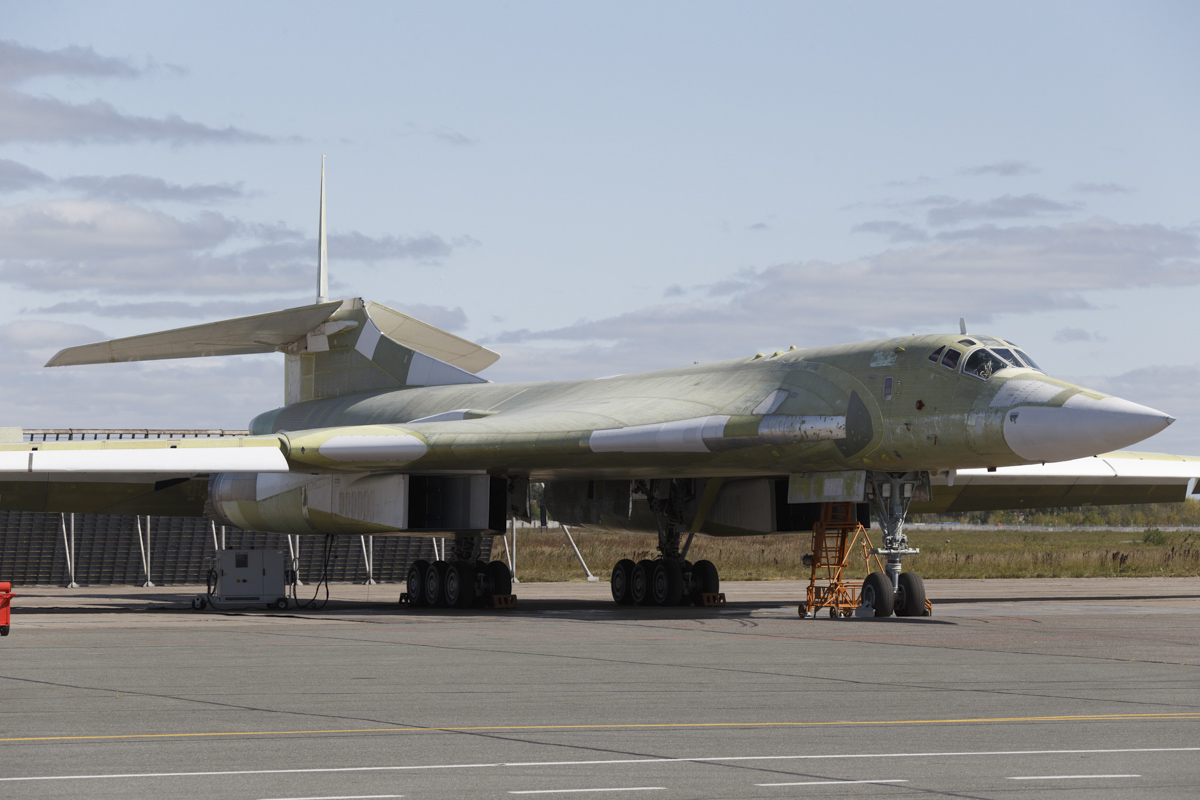 The Kazan Aircraft Plant has re-started production of the Tu-160 strategic bomber in a bid to reinforce its deterrent capabilities. (Photo: Russian MoD)