On 10 September the Russian MoD announced the successful launch of a SOYUZ-2.1V rocket carrying an unspecified spacecraft into low Earth orbit (LEO). It later reported that the ground control assets of the Aerospace Forces had successfully taken control of the spacecraft, designating it COSMOS 2551.

Jonathan McDowell, an astronomer at the Harvard-Smithsonian Center for Astrophysics, tweeted that the craft had been launched into a 295×307km orbit, at an inclination of 96.4°, adding it is suspected to be the first RAZBEG imaging satellite, which follows the COSMOS 2525 EMKA imaging satellite.

It is in a sun-synchronous orbit, which means the satellite views one half of the globe in daylight and the other half at night, with each orbit taking around 90 minutes. The inclination also means it will be capable of seeing the entire globe over 24 hours, as each orbit takes place adjacent to the previous orbit, as a result of the Earth’s rotation.

According to a 2020 article by Bart Hendrickx, a specialist in Russian spacecraft, COSMOS 2551 may be carrying an optical payload manufactured by Belarusian company Peleng. He states it has a resolution of 0.9m, meaning any object smaller than that will blend into the surrounding image. Nonetheless, this is still a relatively high resolution, albeit not as advanced as some Western imaging satellites.

If this assessment is correct, the satellite – or eventual constellation of satellites – is most likely intended to fill the gaps in Russia’s current suite of imaging satellites. It may be used to inform reconnaissance assessments and provide data for MoD decision-making cycles. 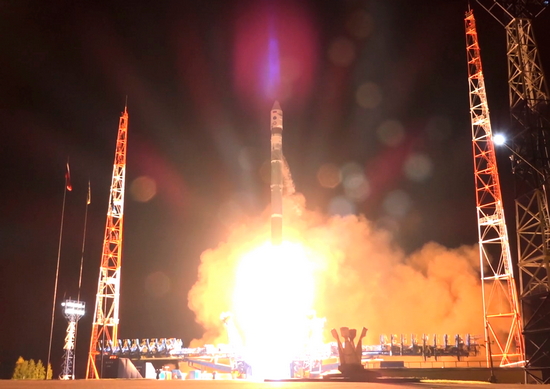