Recent legislation introduced in China to limit the effectiveness of sanctions imposed by Western nations over deteriorating human rights in Hong Kong and Zinjiang shows how competitors NATO and EU states are more adept at using international law to bolster their positions. Russia’s deployment of misinformation, contradicting the outcome of a legal assessment of the Royal Navy’s deployment of a ship off the coast of Crimea in July, is another instance of geopolitical adversaries using the information and legal spheres to obtain advantage. So say the authors of a report published by the independent European Centre of Excellence for Countering Hybrid Threats (Hybrid CoE).

In the report – Hybrid Threats and the Law: Building Legal Resilience – the Hybrid CoE argues that EU and NATO members need to pay increased attention to geopolitical threats arising in the legal landscape. If they do not, their adversaries have an open route to secure the conceptual, theoretical and practical high ground. “For countries such as Russia and China, law is a core component of their grand strategy,” explained Dr Ariel Sari, Associate Professor of Public International Law at the University of Exeter, the report’s author. “They employ law both to exert control and project influence and to legitimize their acts and delegitimize their opponents.”

Among the report’s recommendations is the creation and maintenance of a legal threat register, and a decision matrix to assist in formulating responses as legal, information-domain and cyber incidents develop. The report also recommends seven steps states should take to improve their resilience to these threats, and argues the issues are strategic.

“The work needs to be done at multiple levels: in the national legislative processes, at the EU level, as well as in the context of international law,” states Teija Tiilikainen, Director of the Hybrid CoE. “A special focus should be on governmental efforts to address hybrid threat attempts below the threshold of open aggression.” 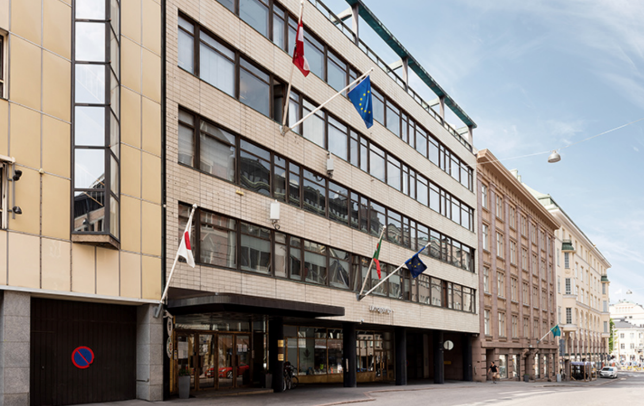