On the occasion of SHOT Show 2017, MILITARY TECHNOLOGY publishes the Second Annual Rugged Tactical Tools for Extreme Conditions (RTTEC) Series that conveys the thoughts and messages of the world’s tactical equipment leaders, according to the question: “As soldiers and Special Forces operators expect their gear to be 100% reliable, how do you step up to offer extremely durable, rugged gear to keep operations running?”

As a long-time small arms supplier to the Israel Defense Forces (IDF) and many other armies and police forces around the world, our first priority is to provide our customers with reliable and durable weapons, so that their soldiers on the battlefield will be certain that their number one tool for self-defence will not fail them in the moment of truth. No matter what the environmental and weather conditions are – these weapons have to perform at the highest level. As a result, we put a major emphasis on and invest a lot of resources in the development and manufacturing process of our products, follow the highest standards in using high-quality rugged materials and relying on the most advanced technologies in the market. All our weapon systems comply with the most stringent military standards (MIL-STD) and ISO 9001 standards.

Most of our development team members are still serving as reserves in the army, or at least have an extensive military and operational background. Based on their experience as infantry or Special Forces soldiers dealing with the extreme conditions on battle, they develop new weapons and continuously adapt existing ones to those needs. Our firearms are developed in close collaboration with the IDF: Israel Weapon Industries (IWI) and the IDF join forces in developing and testing these weapons, with the result being final configurations, which are the product of that ongoing interaction, of constant field tests and modifications based on – combat requirements and experience.

For instance, IWI TAVOR and IWI X95 families of bullpup rifles were developed in close cooperation with infantry and elite units in the IDF and tailored to their specific requirements. The bullpup mechanism was chosen because it enables a much compact platform – an important feature when fighting Close Quarter Battles. Created with rugged and advanced materials and design, these Standard rifles of the IDF and many other armies around the world can deal with modern terror threats as well as with urban and open area combat – in all weather and environmental conditions and with high reliability.

SHOT Show is showcasing the future of innovation across the tactical gear and weapons arena and https://monch.com/mpg/news/shot-show-2018.html brings together key developments from the show. For more information and a print version of the RTTEC series, please see MILITARY TECHNOLOGY #1/2018, available at the show; and frequently check back for more NEWS FROM THE FLOOR. 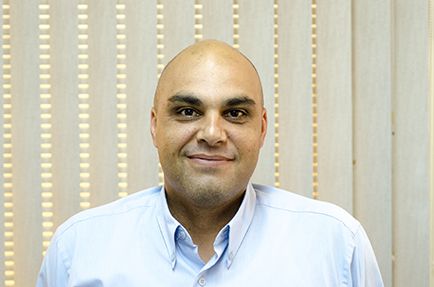