BOXER the First But Not the Only Programme in Mind

Headquartered at the former BAE Systems facility in Telford, West Midlands, the joint venture will sustain some 450 jobs across the nation. It intends to play a major role in the manufacture of the BOXER 8×8 armoured vehicle for the British Army’s Mechanised Infantry Vehicle (MIV) programme, as well as other strategic programmes, while simultaneously supporting the Army’s in-service armoured vehicle fleet and bridging inventory.

“This announcement is a clear vote of confidence in the UK’s defence industry as a world-leader in designing, supplying and supporting military vehicles […] Its benefits will be felt in the West Midlands and across the UK defence supply chain, creating jobs, boosting exports and guaranteeing our technical skills base into the future,” commented British Defence Secretary Penny Mordaunt.

RBSL will draw on Rheinmetall’s broader military vehicle technologies, combined with the additional capabilities and systems brought to the joint venture by BAE Systems’ Land UK business, such as TROJAN, TERRIER, WARRIOR, military bridging and the AS90 self-propelled artillery system. RBSL will have the potential to create hundreds of additional UK jobs, both at Telford and in the wider supply chain.

“RBSL is a new business drawing on the significant strengths and expertise of both BAE Systems Land UK and Rheinmetall. Our employees in Telford, Bristol, and Washington (UK) have a valuable skill set and extensive experience in combat vehicle engineering.  With new orders, we shall be able to sustain these capabilities and expand over the coming years, seeking new opportunities in the UK and overseas,” observed RBSL Managing Director, Peter Hardisty, who comes from Rheinmetall UK. The company’s incoming leadership team also includes Carrie White as Finance Director and Phil Simon as Operations Director, both of whom join from BAE Systems. 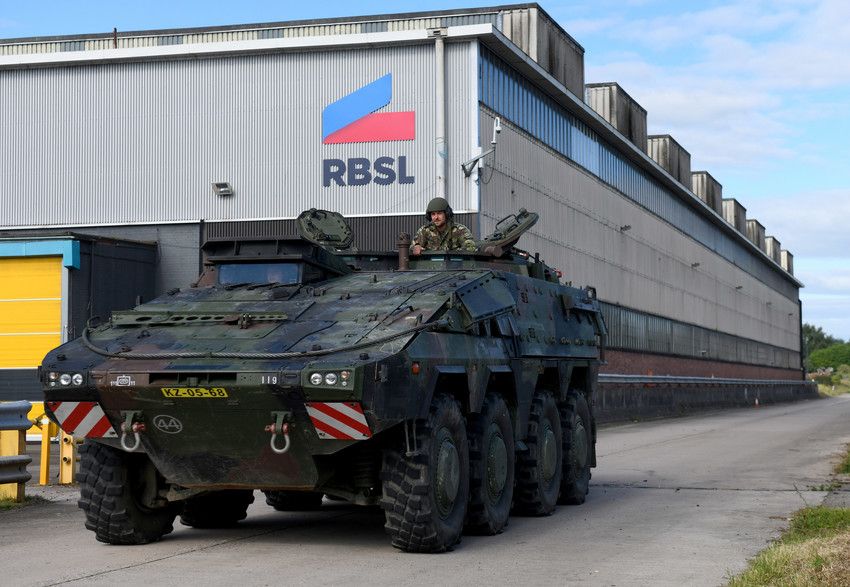