Rohde & Schwarz’ SOVERON AR brings the latest generation of software defined airborne radios (SDAR) and network-capable waveforms to the skies and to Paris Air Show. SOVERON AR offers wideband and secure voice and data communications for network centric operations and thanks to the radio’s innovative technology, users can achieve information superiority during operations at a frequency range of 30-512 megahertz (MHz).

Rohde & Schwarz is the only provider to meet the civil aviation certification requirements of the European Aviation Safety Agency (EASA). Military aircraft can only be certified and operated without restrictions when they fulfil both military and civil requirements. Furthermore, SOVERON AR can be used as a primary ATC radio, as it is the only SDAR on the market that also meets civil safety avionic standards, providing full independence for unrestricted joint civil-military operations.

Rohde & Schwarz has developed a family of network capable, wideband waveforms to handle diverse mission requirements. The SOVERON WAVE series transmits up to two voice channels and data in parallel at high speed and with different priorities at the following data rates: AJ-NB up to 110 kilobits per second (kbps) at 25 kilohertz (kHz); AJ-WB up to 630kbps at 250kHz; WB up to 2,100kbps at 500kHz; and mobile ad hoc networking (MANET) capability for voice and data.

As a modern, software defined radio, SOVERON AR offers even more flexibility through the ability to port waveforms independently of the manufacturer. Based on the international Software Communications Architecture (SCA) standard, SOVERON AR was implemented as an open platform with a strict separation between the radio platform and the software, i.e. the waveform.

This allows SCA-based waveforms from other manufacturers as well as from existing waveforms to be ported to the radio, thereby providing both future investment protection and backwards compatibility with established radio systems. Customers can develop and modify the integrated encryption as well as the waveforms.

Rohde & Schwarz’ SDARs are in operation around the world and feature high reliability even under extreme environmental conditions. More than 7,000 radios have been delivered for jets, propeller aircraft, helicopters and unmanned aerial vehicles (UAV). 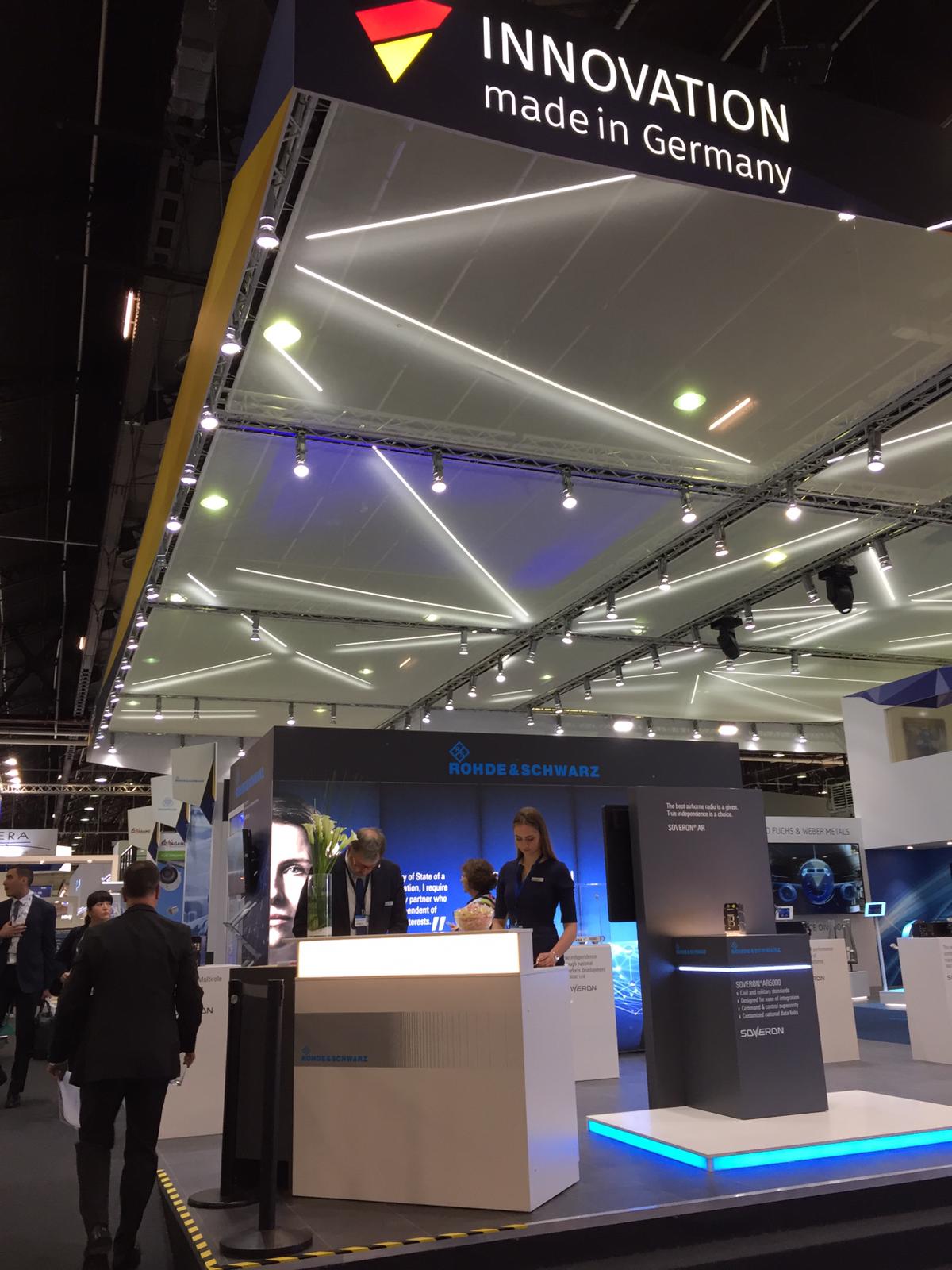