Rohde & Schwarz (R&S) is expanding its successful R&S M3AR family of airborne radios with another high-end radio: the R&S SDAR software defined airborne radio. It offers secure, high data rate communications, flexible deployment and true independence for the customer. This radio can in be certified for civil and military use.

The R&S SDAR takes the latest generation software defined radios (SDR) and network enabled waveforms to the skies, the company states, combining the advantages of a high data rate, IP-based radio with the excellent technical performance customers have come to expect from the successful R&S M3AR family of airborne radios. More than 7,000 R&S M3ARs are in use on over 70 different airborne platforms worldwide, with first customer contracts for the new R&S SDAR currently being implemented. This was made possible by working closely with government customers and platform manufacturers during development to harmonise requirements.

“We are proud to launch the most advanced airborne radio for secure military communications,” Bosco Novak, R&S Executive Vice President, Secure Communications Division, comments. “With its outstanding technological features, the R&S SDAR offers many advantages for integrators and users. For Rohde & Schwarz, enabling our government customers to maintain sovereignty in the digital information space is at the core of the concept.”

“At the technological level, the R&S SDAR stands for information superiority in network centric operations and utmost flexibility in deployment,” Stefan Pleyer, Vice President, R&S Market Segment Avionics, adds.” A unique feature is the fact that Rohde & Schwarz airborne radios can be certified for civil use.”

R&S boasts the company being the only vendor to meet the civil certification regulations of the European Aviation Safety Agency (EASA). “Military aircraft can only be certified and deployed without restrictions, if they meet both military and civil standards. Two radios must usually be carried on board an aircraft to ensure failsafe performance. The R&S SDAR airborne radio can be used in both applications, delivering unprecedented efficiency in terms of logistics, integration, maintenance and training. It also simplifies integration and saves space and weight in the aircraft,” company literature reads.

As a state-of-the-art SDR, the R&S SDAR supports the porting of waveforms independent of the manufacturer to give customers additional flexibility. The R&S SDAR has been designed as an open platform based on the international Software Communications Architecture (SCA) standard, with a strict separation between the radio’s hardware and software/waveforms. That makes it possible to port SCA-based waveforms, including those from other manufacturers, as well as legacy waveforms to the radio, providing safety of investment along with backward compatibility with legacy radio systems. It also enables customers to create and modify embedded encryption along with the waveforms, allowing secure communications channels to be set up to provide interoperability between different branches of a country’s armed forces and between different nations. National data is protected, and information superiority in joint operations and combined missions can be achieved.

R&S has created a family of network enabled, high data rate waveforms to handle diverse mission requirements. The waveforms of the R&S HDR family can transmit data and up to two voice channels in parallel, at high speed and with different priorities. Users can select the waveform that best suits a given communications scenario in terms of range, data rate and jamming resistance. In addition, the R&S HDR waveforms integrate highly secure encryption algorithms to protect military communications.

For more information, visit R&S or see our ILA Defence SHOW DAILIES, available at the show. Stay tuned for more on this as our RF expert Thomas Withington tackles the subject. 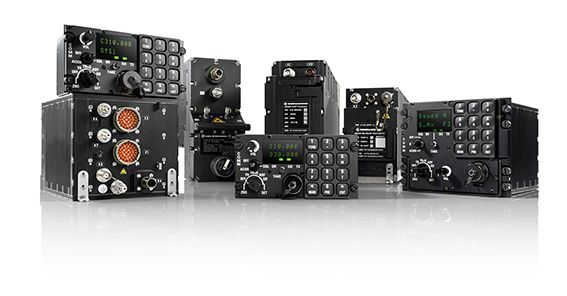