SOVERON WAVE is a high data rate waveform that carries both voice and data, thereby offering both high and low levels of communications security with data rate trade-offs therein (the high security version of the waveform inherently imposes a reduction on data rates).

The company states that the radio is unique in that it can be used as the primary ATC and military communications system onboard the aircraft, and has been developed using extensive international civilian standards for certification, thus enabling an aircraft so equipped to easily navigate in both controlled civilian airspace and military environments. Rohde & Schwarz adds that the radio has been developed entirely by the company using its own funding and that it is currently on contract and being delivered to undisclosed customers. 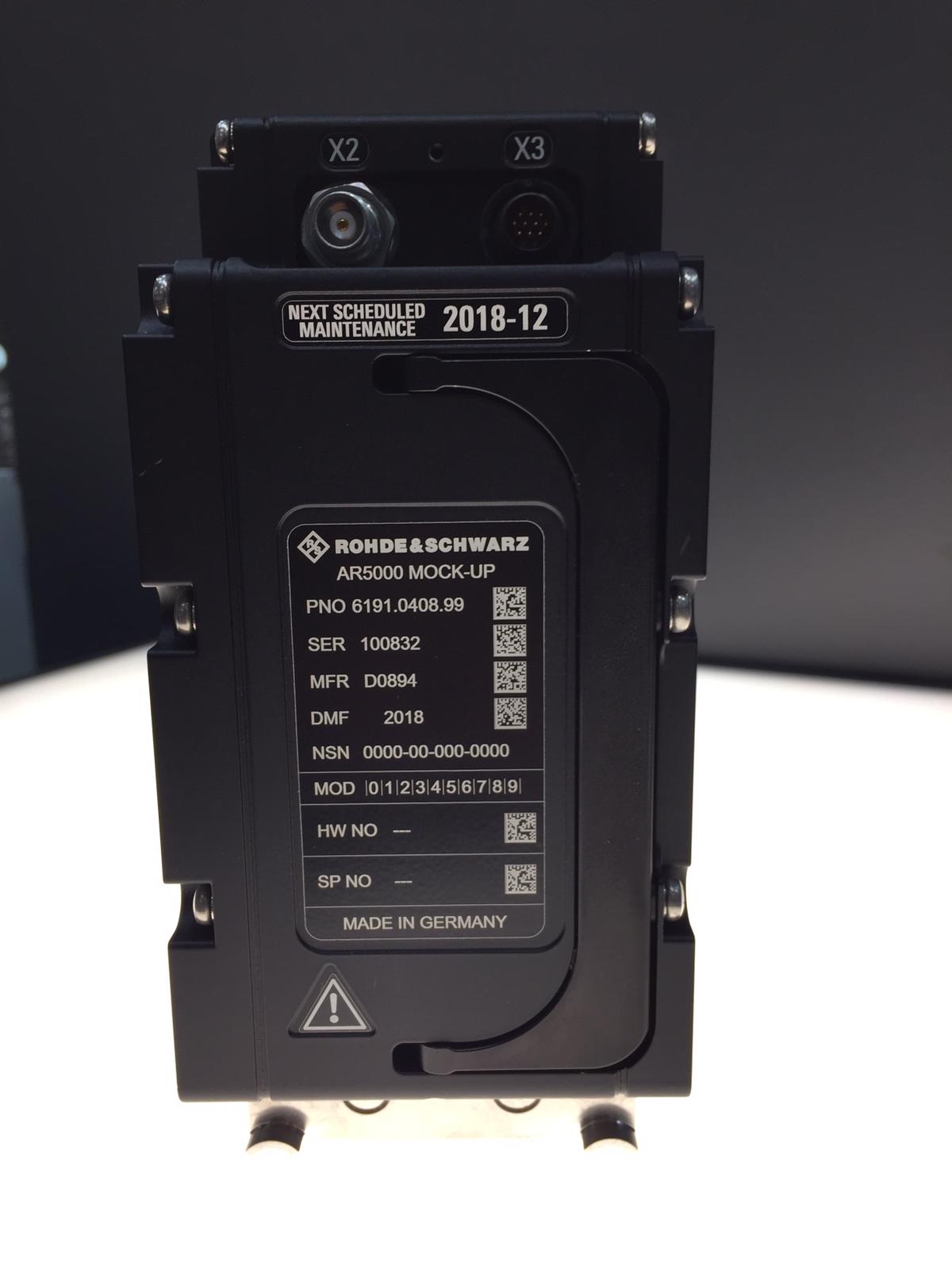 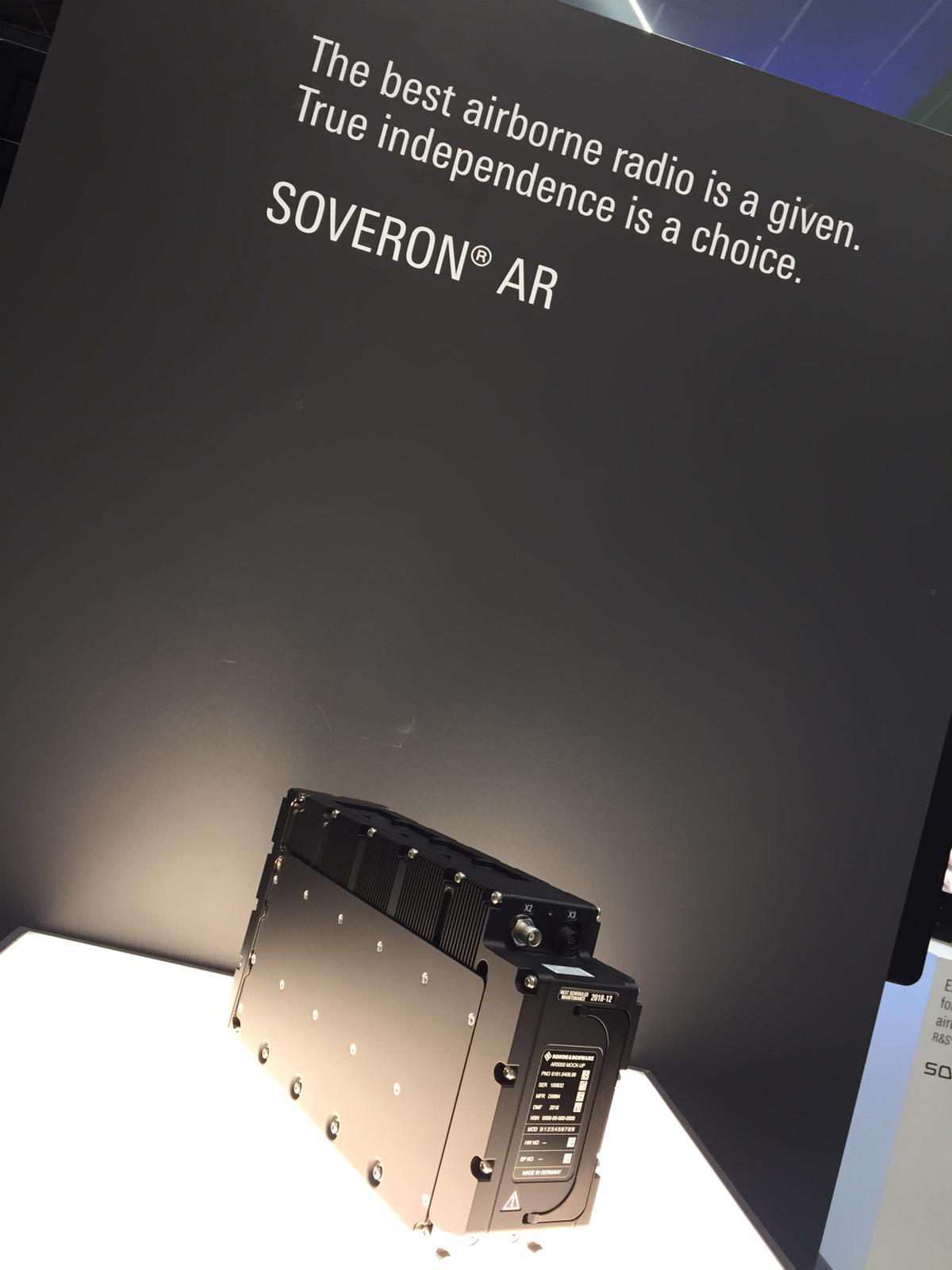 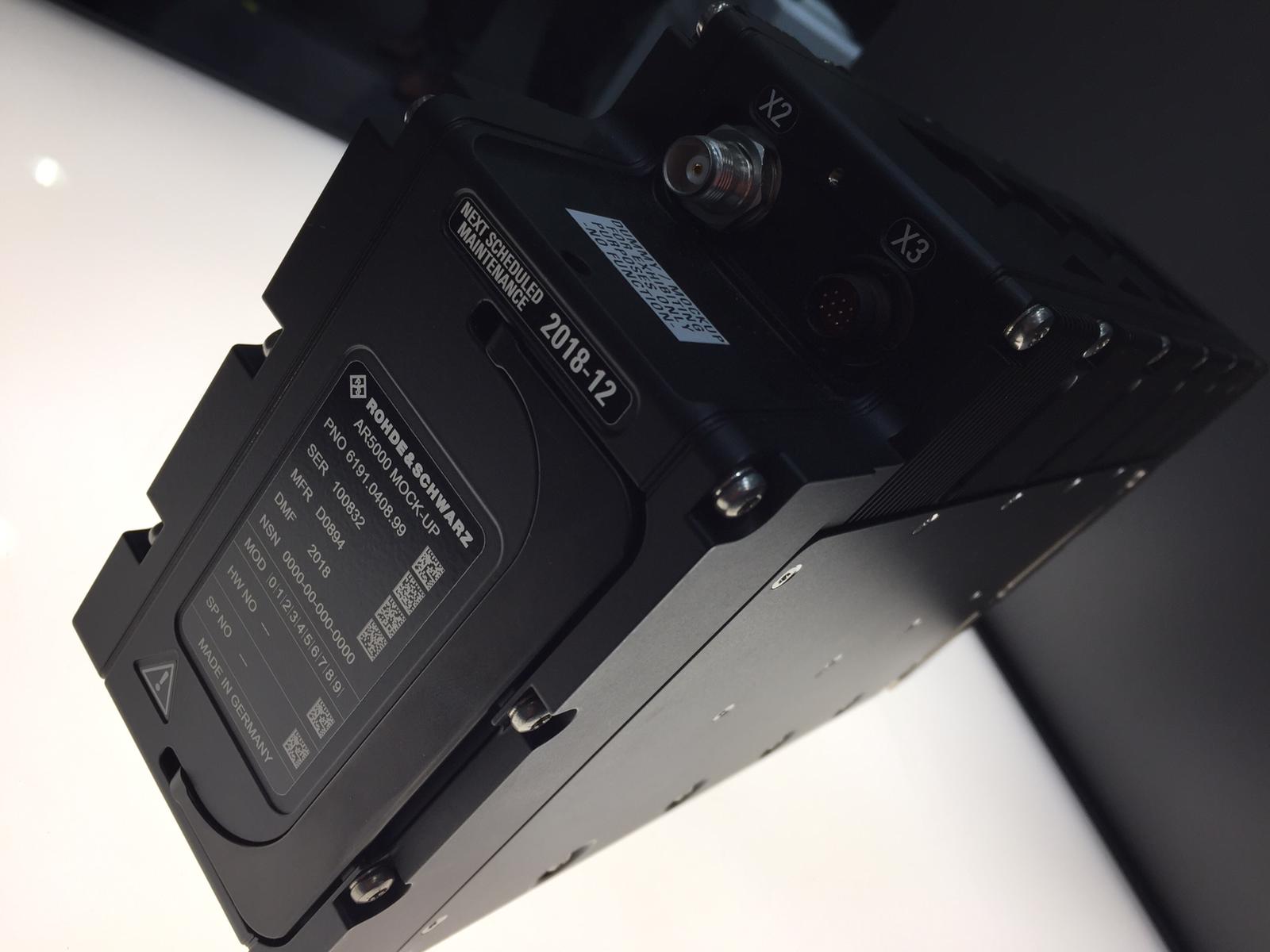 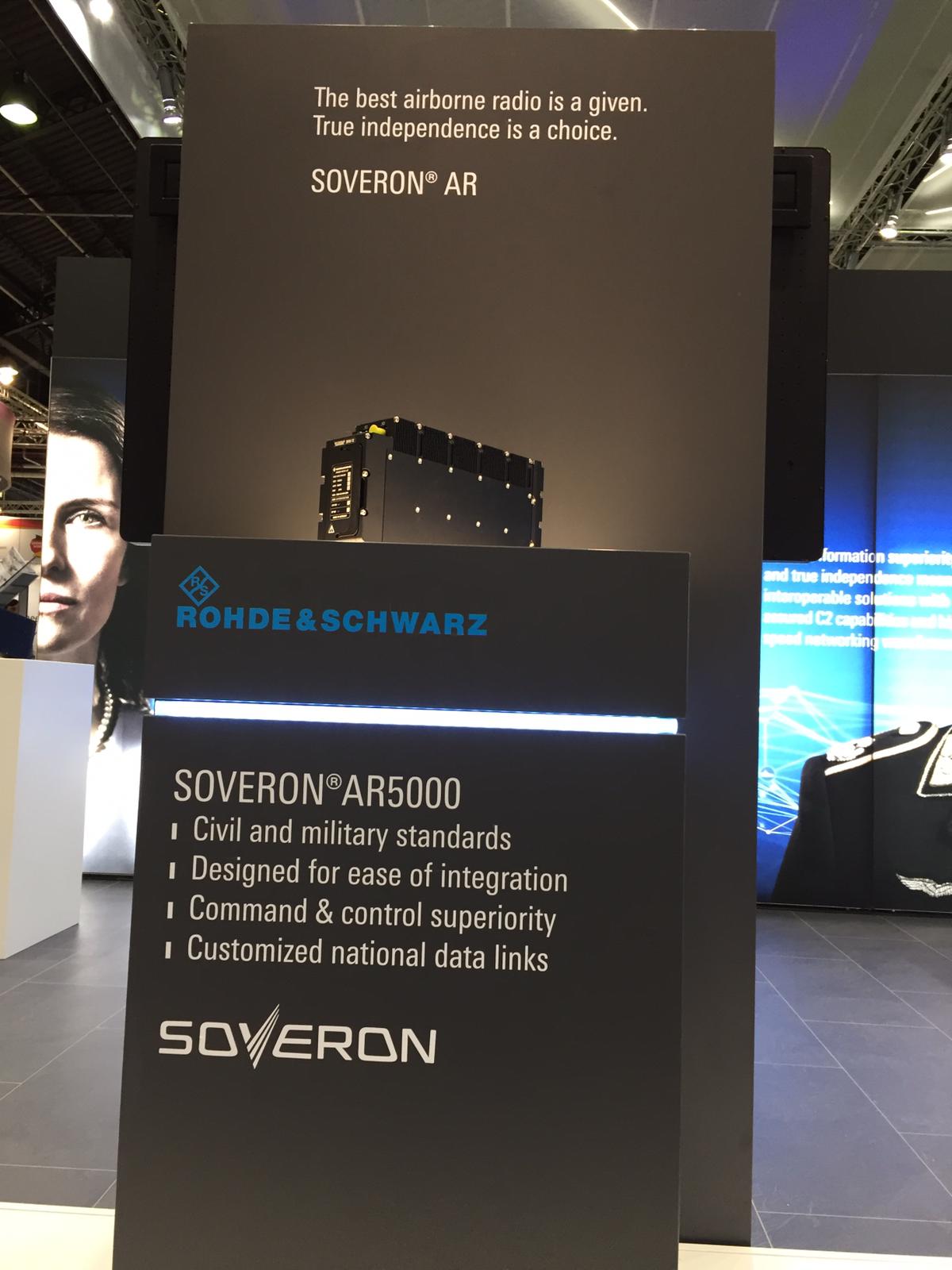