The Royal Thai Air Force (RTAF) has become the first export customer for the Textron Aviation AT-6 WOLVERINE light-attack aircraft. The $143 million (€126 million) contract includes eight aircraft, spare parts, ground-support equipment and training. The order follows a 2020 contract with Textron, under which the RTAF acquired 12 Beechcraft T-6C TEXAN II aircraft, with associated spares and support, to equip its pilot-training school at Kamphaeng Saen air base.

The contract was let after a competition, and includes unspecified technology transfer and local industrial participation. The contract was let under the Thai government’s S-Curve 11 strategy, which seeks to develop the domestic defence industry while supporting diversity.

“RTAF pilots and concerned parties found the attributes of the AT-6 procurement programme extremely favourable,” Air Marshal Pongsawat Jantasarn, Chair of the RTAF’s procurement committee, said. “It will also benefit both Thai and US mutual interests, strengthening the enduring strategic partnership between our nations.”

The aircraft will be designated AT-6TH within the RTAF, and deliveries are due to begin in 2024. Maintenance training will be stood up in Thailand in 2023, while initial pilot training will take place in Wichita, KS.

In a second related announcement, Rohde & Schwarz confirmed it has been contracted supply its M3AR airborne software-defined radios for the RTAF’s TEXAN II trainers. 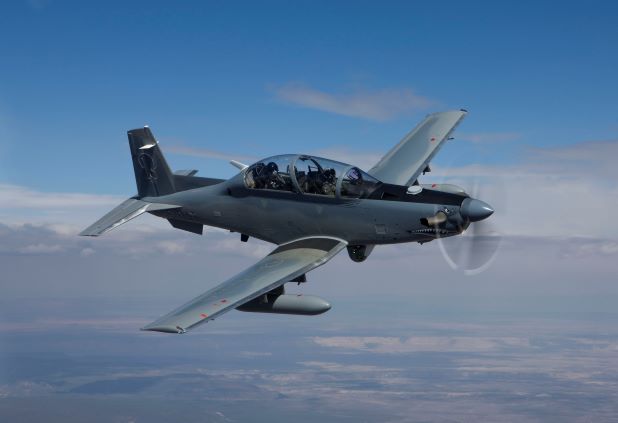