Rolls-Royce has delivered the first two 16-cylinder engines from the MTU 8000 series, to be installed in new patrol vessels for the Taiwanese Coast Guard (TCG).

The two 16V 8000 M71L engines each deliver 7,280kW and will propel the 1,000t-class vessels at up to 24kts: six such vessels are to be built, and the engines are due for delivery by the end of next year. A further 20 engines have been sold to a second, unidentified customer. The ‘big brother’ of the new engine – the 20V 8000, delivering up to 10,000kW – has been the best-selling engine in its power class since its introduction some 20 years ago.

The 16V 8000 is not just another cylinder variant of the Series 8000: it is a completely new engine, that incorporates several product improvements, from which customers now benefit in the form of further increased efficiency and even easier maintenance. The engine complies with IMO Tier II emissions regulations and can also meet other emissions specifications as required. It also meets the stringent TCG requirements for structure-borne and airborne noise.

Other Series 8000 engines are currently being installed in further TCG vessels: the 4,000t-class vessels will receive engines of the 20V 8000 M71L type. The service is currently conducting a modernisation programme, under which a total of 141 ships of various sizes are to be built by 2027. Many of these will be powered by MTU Series 4000 and 8000 engines – significantly increasing the existing fleet of TCG vessels with MTU engines. 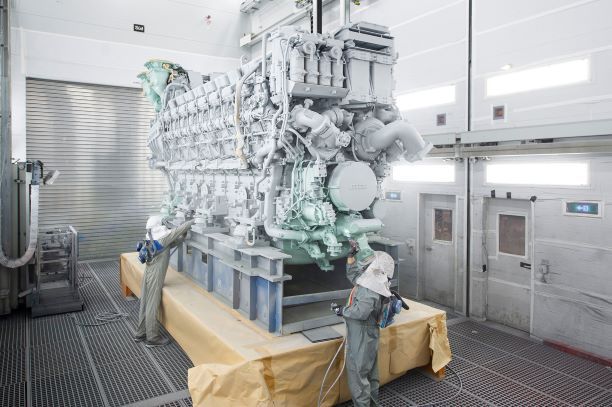