Roketsan‘s new ÇAKIR cruise missile, which can be launched from ground, naval and airborne platforms, will become a force multiplier for operators, with its state-of-the-art features and effective warhead.

The most prominent features of ÇAKIR are: its design, which allows the platform to carry up to four missiles; and its ability to conduct swarming attacks with inter-communicating missiles. The swarm concept can be used to overcome hostile defence systems, and ensures high effectiveness against single or multiple targets. ÇAKIR offers high survivability, thanks to its unique design using radar absorbing material in the airframe. Its ability for sea-skimming and terrain masking, in combination with its radar-absorbent structure, minimise the chance of detection by hostile air defences. Thanks to its anti-jam GNSS and altimeter-supported inertial navigation system, ÇAKIR maintains its trajectory, even in the presence of intense electronic jamming.

Designed and developed by Roketsan, first tests of the 275kg (330kg with booster), 3.3m (4.1m) missile are scheduled for 2022, with platform integration the following year. A contract between Roketsan and Kale R&D for use of the National Turbojet Engine in the missile, offers a performance of high subsonic speed (Mach 0.75-0.85). The 70kg HE semi-piercing blast fragmentation thermobaric warhead offers highly destructive terminal effects. 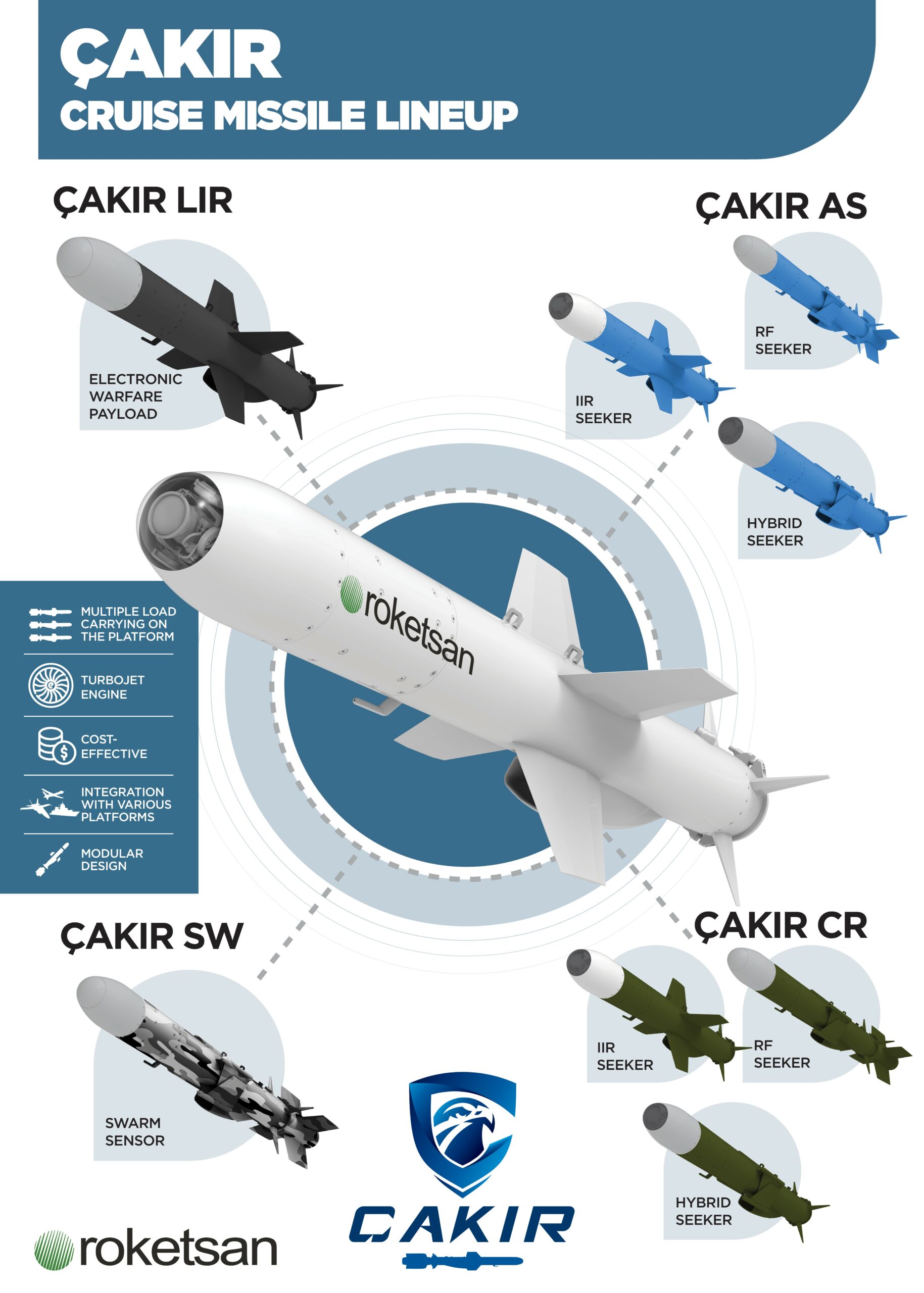