The Republic of China Air Force (RoCAF) has suspended training missions with its fleet of F-16s following the fatal crash of a recently upgraded F-16V off the coast. President Tsai Ing-wen’s spokesperson said the Taiwanese leader issued instructions to determine the exact cause of the crash.

The aircraft disappeared from radar screens on 11 January at 15:23 local time, only 30mins after taking off from Chiayi Air Base on a routine multi-ship training sortie, according to Taiwan’s MND. The following day, debris from the fighter was found in coastal waters during SAR efforts, with local media reports stating the remains of the pilot were recovered a day later.

This marks the fourth F-16 lost in crashed by the since January 2016. The service is currently upgrading 140 F-16A/Bs to the latest F-16V configuration, under a programme launched in 2016 that is being carried out by Taiwan’s Aerospace Industrial Development Corporation in collaboration with Lockheed Martin. The upgrade programme is expected to be completed before the end of 2023. 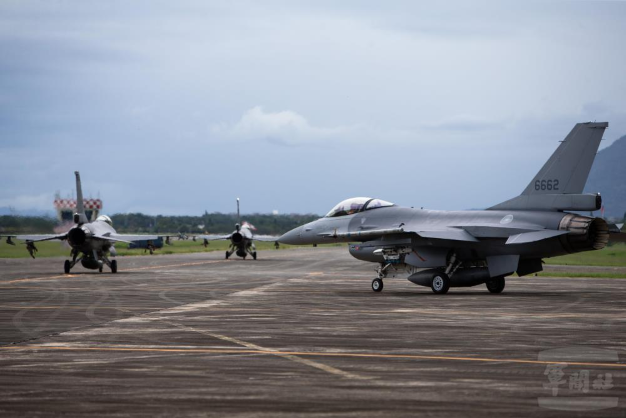