Robot Chemists Coming to Porton Down

The UK government’s Defence Science and Technology Laboratory (Dstl) has awarded a £1million (€1.18million) contract to a start-up to “identify the optimal robotic solution” for two types of process at its Porton Down research facility.

The contract has been awarded to Gearu Robotic Research, a company spun off from the University of Liverpool, which will conduct research into using industrial robots to carry out analysis of explosives and environmental samples. Once the requirements for a device have been established, the details will be used to finalise a follow-on contract to bring the robot into service.

“This is an exciting opportunity to be at the forefront of the application of such technology,” said David Groves, a Fellow in Dstl’s counter-terrorism and security division, who instigated the project. He added that the programme “has the potential to significantly enhance the efficiency and effectiveness of the delivery of our chemical analysis services for the benefit of all of our defence and security customers.”

Gearu made headlines in 2020, when a paper reporting on their creation of an “intelligent mobile robot scientist” was published in the journal Nature. The robot was capable not just of performing experiments but of deciding which experiments it should carry out next. Prior to this device, robots used in chemistry research had generally been created to carry out one specific task.

The 400kg robot has similar dimensions to a human and is on wheels, so can move around a laboratory. Laser scanning and haptic sensors give it a capability similar to that of a human scientist to ‘see’ and ‘feel’ its way around. But, the company pointed out, unlike a human scientist, their device “has infinite patience, can think in 10 dimensions, and works for 21.5 hours each day, pausing only to recharge its battery.”  According to the programme described in the paper, the robot carried out 688 experiments in eight days, during which it discovered a new catalyst six times more active than one previously used, without receiving any guidance from researchers. 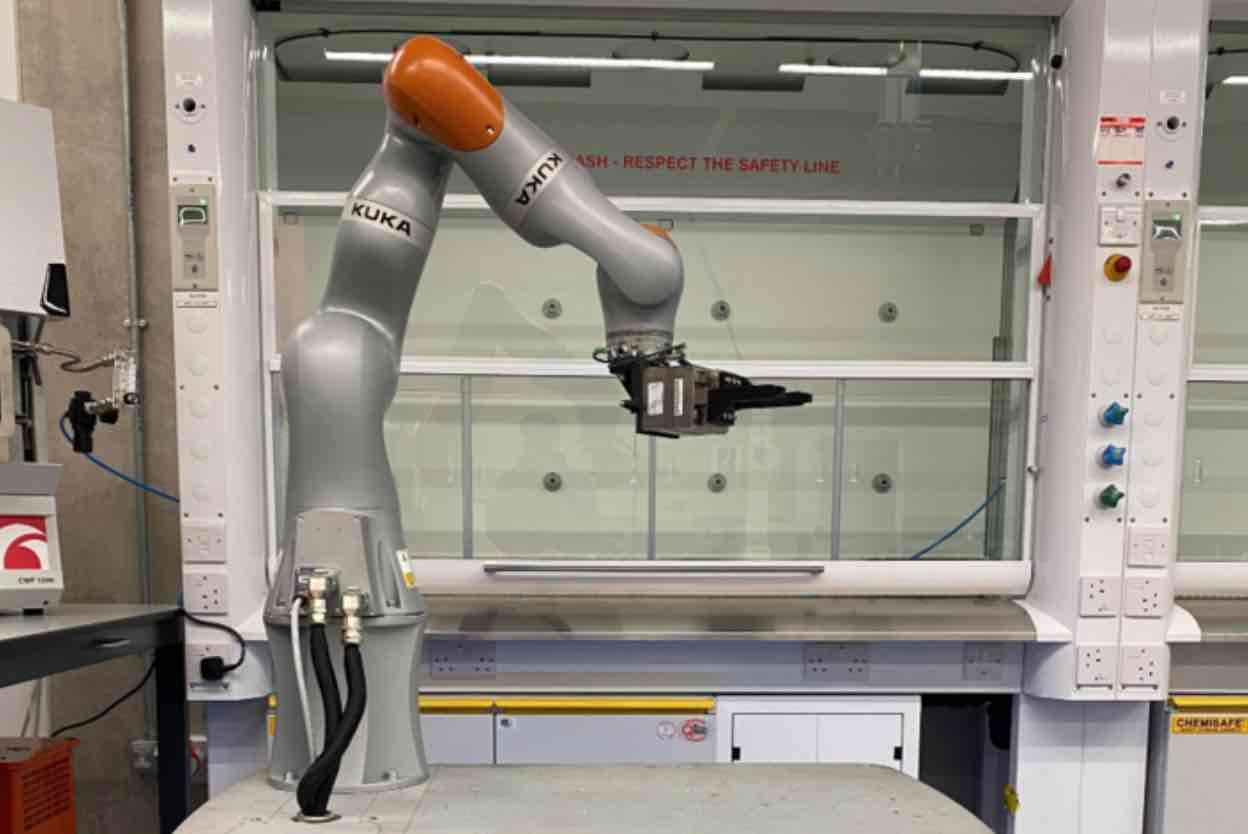