RN Tomahawks to be Upgraded

The striking power of the Royal Navy’s hunter-killer submarines – historically the Swiftsure– and Trafalgar-classes but for the last decade the Astute-class – is being enhanced with the latest cruise missile system.

All Astute-class boats are to receive boosted Tomahawks as part of a £265 million ($332 million)  upgrade to the submarines’ premier long-range weapon. In RN service for a quarter century, Tomahawks have been used successfully to strike targets during operations in Kosovo, Afghanistan, Iraq and, most recently, the 2011 civil war in Libya.

The Tomahawk Land Attack Missile – commonly abbreviated to TLAM – remains at the forefront of the UK’s conventional arsenal, and provides a precision strike capability unmatched in terms of range, accuracy and survivability, according to the service. Its manufacturers have upgraded the system from the existing Block IV model to the Block V, to ensure it remains effective against future threats – and defences – safeguarding its efficiency and relevance remain as they were since it was first deployed. The upgrade will be applied to the existing stockpile over a five-year period, commencing in July. The first upgraded weapons will be delivered to the fleet by 2024, with a test firing from an Astute boat the following year.

“The Tomahawk Land Attack Cruise Missile is a cutting-edge system which provides the UK with real strategic and operational choice,” said the RN’s Director of Submarines, Rear Adm Simon Asquith. “Able to be fired from a stealthy UK nuclear attack submarine, the system’s exceptional range, accuracy and survivability provides the UK – alongside our US allies – with a world-beating precision strike capability.”

At 5.6m long and weighing a little over 2t, Tomahawk travels at just under the speed of sound, striking targets with pinpoint precision at ranges of up to 1,000 miles. Among the enhancements on the Block V missiles will be thane improved ability to block attempts to jam/divert the missile from its target. Alongside upgrading the missile itself, the command systems on the boats and support ashore will also be modernised to meet the demands and requirements of the enhanced Tomahawk. 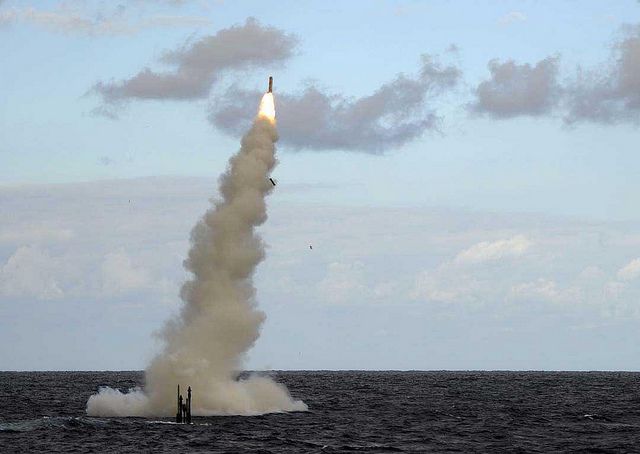