The new HX 8×8 Excavator has an extendable telescopic arm and can deploy hooks and hydraulic drum cutters as well as an excavator shovel. The basic vehicle is an off-the-shelf RMMV HX 8×8, so comes with all the standard militarised options available on that family, of which more than 16,000 are in service.

In a media release, which did not mention any confirmed orders or potential customers, Rheinmetall stressed the benefits of the partnership to CSM and to Slovakia. These include “access to new export markets” and may also encompass “production of infantry fighting vehicles in the NATO country“. This last possibility was discussed in some detail in the release.

“This relates to an offer to Slovakia by Hungary to produce the state-of-the-art Lynx KF41 family of tracked armoured vehicles developed by Rheinmetall,” the release stated. “Hungary opted to procure the Lynx in 2021, with a large share of the vehicles to be manufactured in Hungary in cooperation with Rheinmetall. If neighbouring Slovakia, also a NATO member, choses the Lynx, a large share of its new fleet of vehicles would also be produced locally, meaning that it would benefit from far-reaching cooperation in the defence technology domain, resulting in greater value added as well as safeguarding and expanding the country’s defence technology capabilities”. 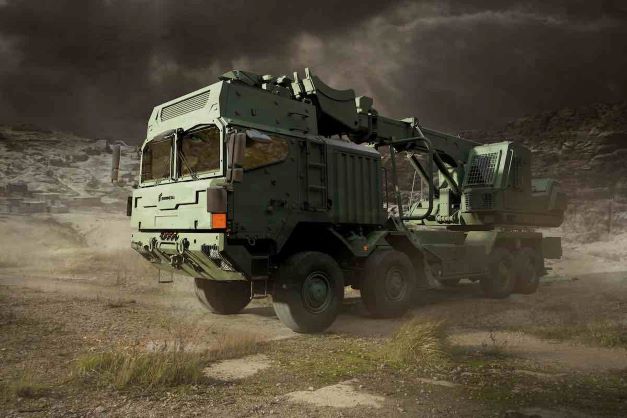