Rheinmetall and Steyr Mannlicher are offering the RS556 assault rifle as a jointly produced product, made in Germany, with a German valued added share of 60%, having set their sights on the German market, touting it as a possible candidate for the new German Armed Forces (Bundeswehr) Assault Rifle System programme (System Sturmgewehr Bundeswehr – SSB): the Bundeswehr intends to replace their standard G36 assault rifle with a more advanced system starting in 2019.

In a matter of seconds and without tools, the hammer-forged barrel can be easily exchanged. This means that the RS556 can be readily modified for various missions. A number of standard barrel lengths are available (14.5in, 16in, 18in, and 20in); however, customer-specific barrel and rifling lengths can be easily created. The RS556 features several standard and optional NATO accessory rails with receiver systems designed in accordance with MIL-STD-1913, STANAG 2324 and STANAG 4694. This means that the weapon can be fitted with various optics and night observation devices or laser light modules. A 40mm grenade launcher (in this case the RS40) can also be mounted on the new assault rifle. Moreover, the RS556 is compatible with Rheinmetall’s modular IdZ-ES, and can also be connected to other soldier systems. A special breech system with an emergency operation feature ensures that the weapon always functions reliably even in extreme operating conditions, e.g. in severely hot and cold environments.

The RS40 grenade launcher is based on the Steyr Mannlicher GL40. This weapon, 850mm long, can be mounted to a rifle as an add-on module or, with a separate shoulder stock, serve as a standalone grenade launcher. The rifle-mounted variant weighs approx. 1,040g, the grenade launcher, 2,180 grammes. The RS40 is a breech-loader that can beo pened on the side. It can fire any standard 40mm x 46 cal in the low-velocity spectrum, attaining ranges of up to 400 metres. The RS40 complements Rheinmetall’s extensive array of 40mm systems, which also features a versatile ammunition family and advanced fire control technology, for which the company now touts itself as a on-stop-shop for soldiers. 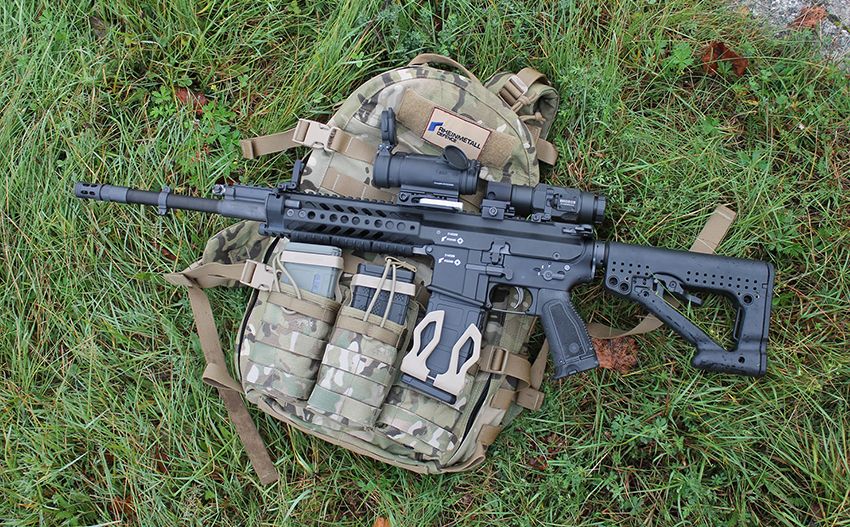 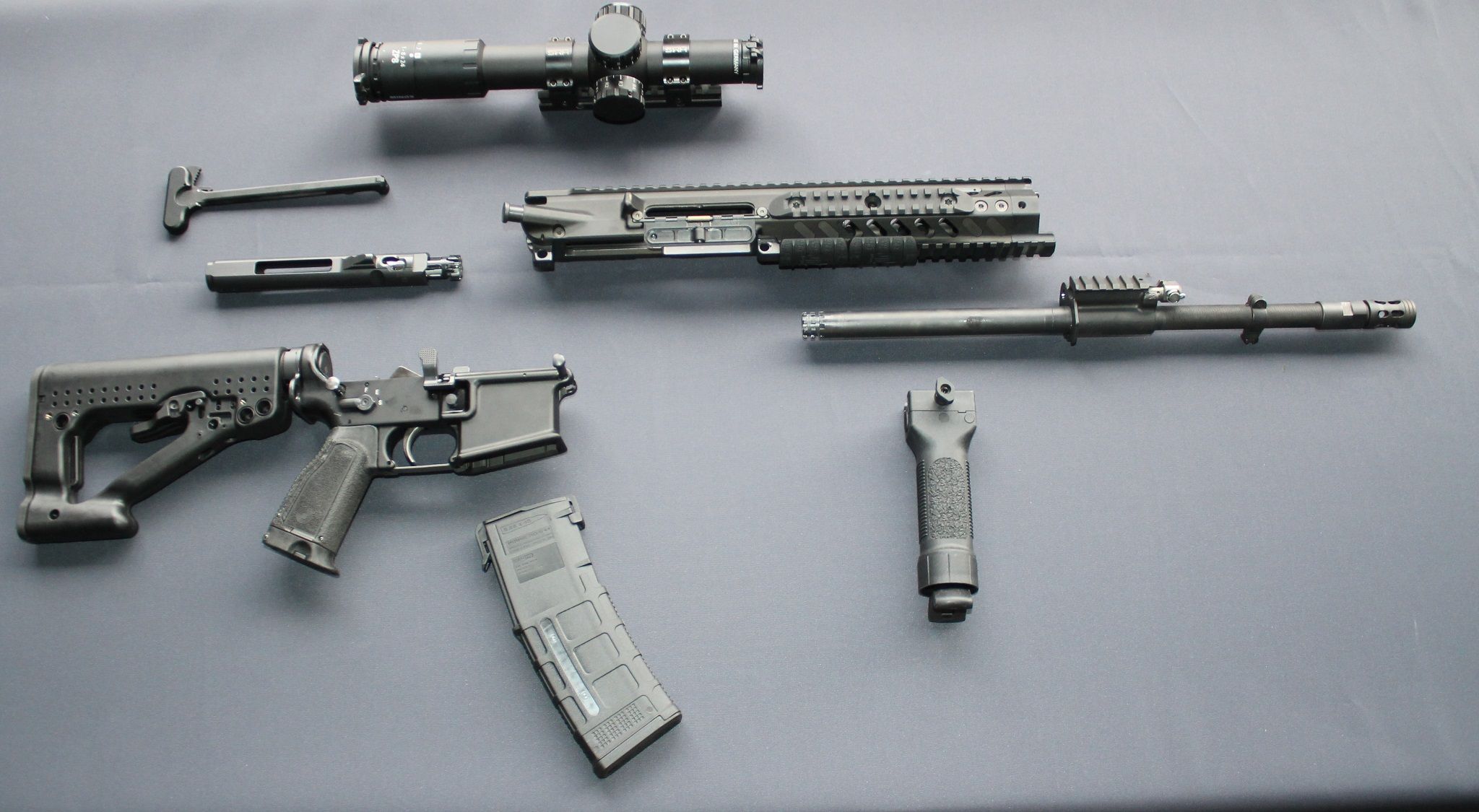