Rheinmetall has been selected by the Australian Department of Defence as the successful bidder in the hotly contested LAND 400 Phase 2 programme. Rheinmetall’s offer, centred on the BOXER CRV (combat reconnaissance vehicle), won over the BAE Systems Australia offering of the AMV-35.

Rheinmetall will deliver 225 BOXERs to the Australian Army at an overall project value of around A$5 billion (US$3.9 billion). The first 25 vehicles will be built in Germany, with Australian personnel embedded in the manufacturing process to ensure a smooth transfer of technology and instill the necessary skills for the remaining 200 BOXERs to be built in Australia.

While this process is under way, Rheinmetall will establish a manufacturing hub in Brisbane, to be known as the Military Vehicle Centre of Excellence or MILVEHCOE. This sovereign Australian industrial capability for the design, development, manufacture and support of military vehicles will support domestic and export sales efforts for vehicles and major systems such as turrets and tactical systems.

Rheinmetall announced its intent to create MILVEHCOE in July 2017 and it will be the focal point for LAND 400 and LAND 121 logistics vehicles programmes: Rheinmetall is delivering more than 2,500 trucks to the Australian Army under LAND 121 Phase 3B. Australian industries partnering with Rheinmetall in the MILVEHCOE include G&O Kert (Brisbane), Cablex, Heuch, Tectonica and Nezkot Precision Tooling & Engineering (Melbourne), Hilton Manufacturing (Melbourne/Brisbane), Plasteel and Redarc (Adelaide) and Hoffman Engineering (Perth). BlueScope will also deliver quantities of feedstock to the LAND 400 Phase 2 programme from its Port Kembla steelworks. 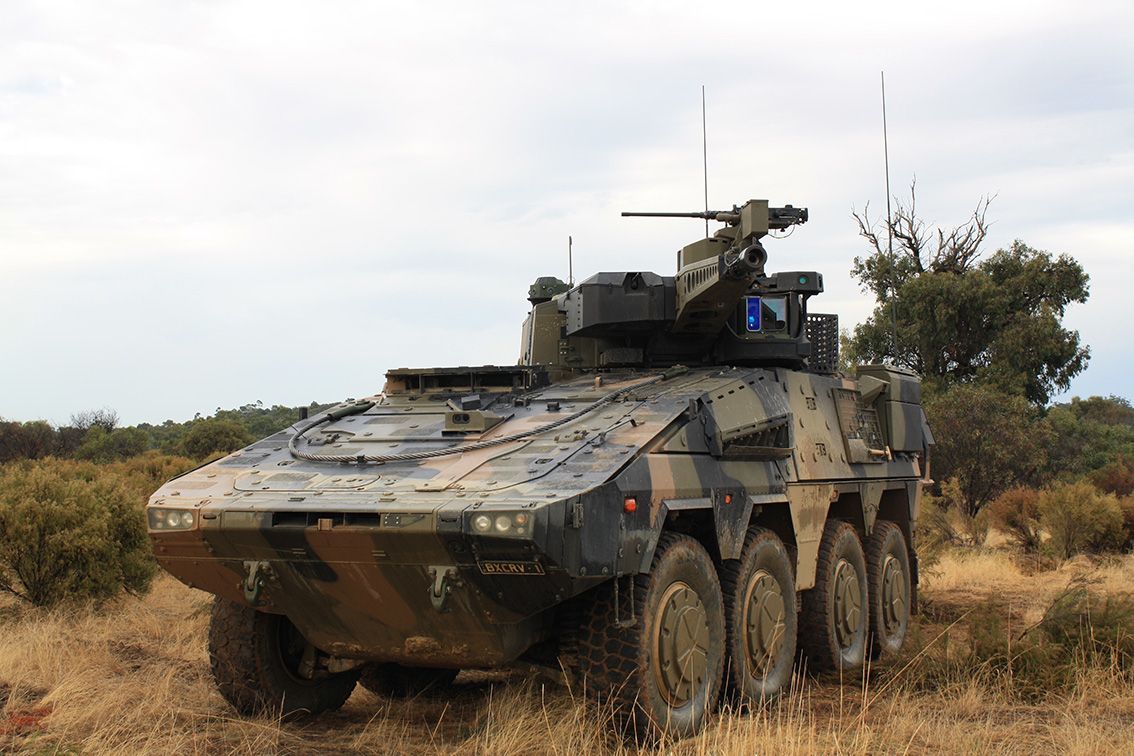