The UGV featured a Rheinmetall Fieldranger Multi RCWS, armed with two Thales Belgium seven-tube 70mm rocket launchers, delivering effect on a vehicular target at a 4,000m range. The demonstration completed the successful qualification process for the RCWS/launcher combination. Previously limited to aircraft, these area saturation and precision strike weapons can engage stationary and mobile targets at ranges up to 7km, with minimal collateral damage and are now qualified for use with the Mission Master A-UGV. The configuration can now be integrated onto other platforms. He UGV can also be equipped with other weapons, including 12.7mm machineguns, a Dillon Aero M134D gun, or 40mm grenade launchers.

For a brief video of the trials, click here. 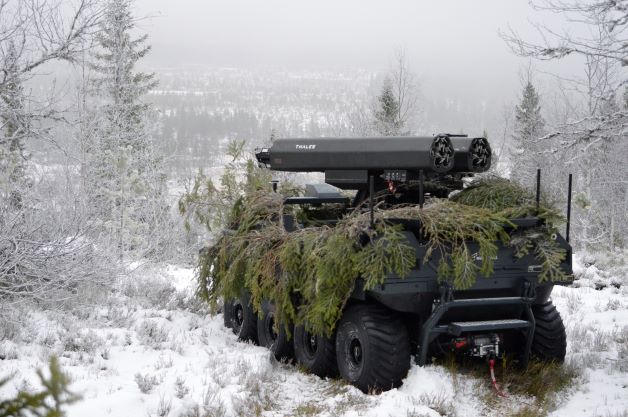 The Mission Master SP during the demonstration in Sweden. (Rheinmetall)