Rheinmetall has agreed to take over the Bavarian UAV manufacturer EMT in an “asset deal” of undisclosed value. The transaction is subject to approval by both companies’ boards and competition authorities, and is expected to take effect at the end of December. The company says the acquisition will assist in strategically positioning it for future development and operational work as Germany’s armed forces come to increasingly rely on digital systems and networked surveillance.

EMT developed the LUNA NG UAS, in service with the Bundeswehr. The system is described as “a key element in networked C4ISTAR communication and reconnaissance and is destined to play a vital role in tactical data transmission [and] is an important building block on the path to digitizing Germany’s armed forces. It forms the basis for new applications and development activities, eg manned/unmanned teaming. In addition, AI capabilities and applications (for automated data evaluation, for instance) can be further expanded, as well as tested and directly integrated.” A company statement then goes on to suggest the merger “enhances Rheinmetall’s ability to take charge of central elements of the networked digital communication and reconnaissance capabilities of the armed forces of Germany and its allies.”

The deal will see EMT’s activities, facilities and staff folded into Rheinmetall’s Bremen-based Technical Publications division. This part of the group is an approved aviation organisation and assures the operational readiness of Germany’s KZO target-location UAS. 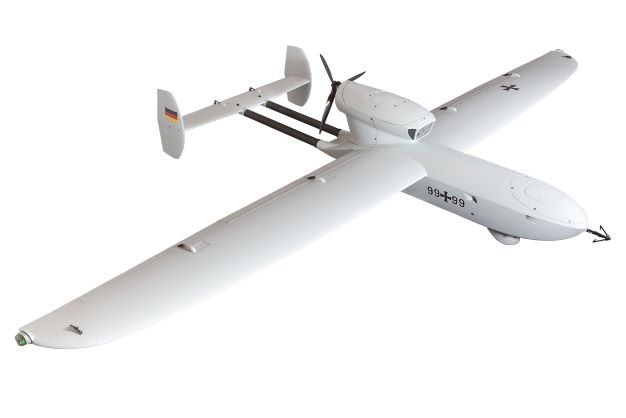 The LUNA NG is seen as increasingly central to the German military's digitisation plans. (Photo: Rheinmetall)